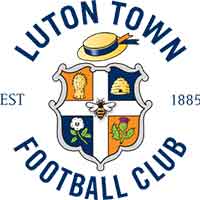 At first, it was only a couple of LDV Trophy ties. The Hatters, however, then came down to join us in the Conference. For so long so separate in the pyramid, Luton Town became our chief rivals for the 2009-10 Blue Square Premier title. It was a tussle we won, and saw ’em spend a good few years more in non-league. We won’t talk about our 2017-8 trip there, however…

Luton Town makes good provision for away fans who have a disability or impairment. In the first instance, disabled fans are entitled to a concession ticket. A carer also goes free of charge. To get your tickets, speak to the ticket office – though you will need to provide proof of the middle or higher rate of the Disability Living Allowance.

For wheelchair users, there are spaces in the Main Stand enclosure for away supporters. Toilets and catering facilities are all accessible too.

If you have a visual impairment, the Hatters offer a commentary service. To use this, you can borrow a receiver to listen in. It needs to pre-booked, however, and must be done as soon as possible as this is a first-come, first-served basis. The Hatters have a dedicated guide for visually impaired fans.

Arriving at the ground, there are some car park spaces available and these can be pre-booked by calling 01582 411622. For more information, Mike Hooker is the listed person to contact – either by email ticketoffice@lutontown.co.uk or by calling 01582 416976.

The London Hatter is a Wetherspoon pub in the centre of Luton, located on Park Street. But the closeness of the town to Stevenage could make it an idea to take in the sights of Hitchin or similar before moving on. There might also be restrictions placed on Boro’ fans movements when in Luton; you’d think, however, that will be at the discretion of the police.

Getting to Luton by road isn’t as much as ordeal as actually being in Luton. But local traffic can have the potential to ruin the best-laid plans. From Stevenage, it’s a short hop across the North Herts/Beds divide; going to Hitchin on the A602 and following it to the A505.

You can, if you wish, cut off a corner by turning left onto Charlton Road. This will lead onto Willow Lane, which then bears left out onto the A505. At the next two roundabouts, remain on the A505 and then – at the third – take the third exit for the A5228.

After about a third of a mile, it’s a slight right at the Jolly Topers pub and the first exit at the roundabout that follows straight away afterwards. Go across the next roundabout and then turn right onto the A6 as you approach the railway. Keep on the A6 until you get a chance to rejoin the A505. This involves two right turns at a sort-of-roundabout-type-thing.

You’ll pass the EG VIVA petrol station on your left, after which you need to turn left onto Hazelbury Crescent. The ground is down here.

There are a number of parking options for Luton Town; many (if not all) of which are in the centre of town. You can find out more about the options open to you on their offy site.

It’s around a mile to walk from Luton station and see the sights. Leave the station and head north, taking the stairs. After crossing over the railway from whatever platform you arrive on, turn left onto Midland Road. As you come down here, take a slight right and continue onto the A6.

Unlike the car directions, you aren’t constrained by the road layout. Turn left under the railway and get yourself onto the right hand side of the road. That’s because you’ll be taking Gas Works Way to cut through past Lidl. This brings you out onto Francis Road in front of the EG VIVA petrol station. Cross here and head down Hazelbury Crescent.