First celebrated during the 2005-6 season, the reason for marking St Woking Day are not new that’s for sure. Up to and including the 2004-5 campaign, Boro’ had finished above fierce rivals Woking for seven straight seasons. All without much challenge, we might add. And for nine out of the ten seasons since 1996, the dominance was set in stone. Yet, it just did not get the attention and appreciation it surely deserves.

So, the 2005-6 season heralded the first celebration of St Woking Day. 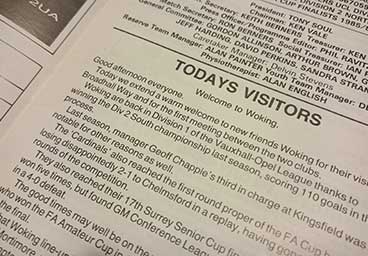 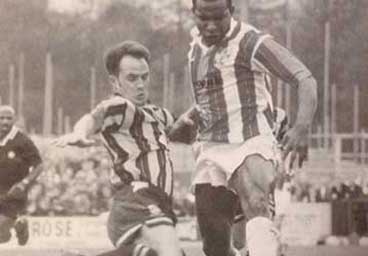 Who was St Woking Day?

St Woking was an unfortunate soul; living at a time when Altrincham were one of the best non-league teams in the land. It was also a time when little clubs had to scrap for the most meagre of resources from their Football League overlords.

His struggle came to represent the toils of the Woking clan; toils that had long been proving fruitless. And, up until that point, there had been no previous association. It needed a new approach.

But the band of inept warriors led by Geoffrard de Chappelle adopted St Woking as their patron saint after the game was up and Woking FC realised they would never be part of the Football League they had so longed to, well, be a part of… 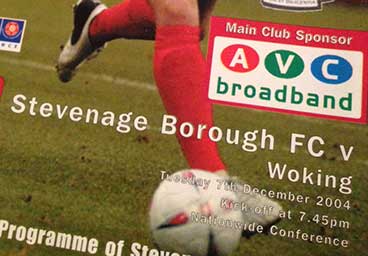 2004: Five 1-1 draws in eight league outings? At least there was the odd thrashing… 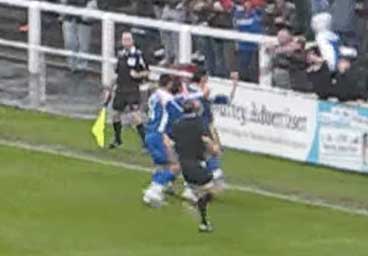 2008: You’re going down, we’re going up; if ever two rivals’ fortunes differed…

When is St Woking Day?

We’ll all know when St Woking Day is upon us; it’s the point during the season where the Surrey club are (again) mathematically incapable of passing Stevenage in the league table. Even the law of averages doesn’t question Boro’s superiority, despite what we now know to be Woking’s pretty flawed efforts to tip the balance of power.

Two points was the gap between the sides in 2003-4; in 2010-1, that gap was two divisions. That’s one helluva a ROFLcopter taking flight there.

Unprecedented in the history of St Woking Day, the 2008-9 season was a watershed moment in the relations between Stevenage and the bumbling St Woking of the Ryman. Boro’ took their eyes off the ball in the pursuit of promotion and let Woking slip out of the division. The date of that St Woking Day was 21 March.

The Hertfordshire side weren’t even in action on the day it occurred. Failure to get anything from Kidderminster saw the Cards condemned to another season below Boro’; the previous season, it was Boro’s against Kiddy that did the job. Funny ol’ game.

Needless to say, St Woking Day is a grand day for all the family; festivities often go long into the afternoon. But now what happens? With Woking fumbling around somewhere in the non-league abyss and Boro’ in the Football League, we’re at a loss as to what to do. For now as we deliberate, however, raise our glasses to St Woking in jubilation. Measure of port for the lads, and a dry white wine for ladies. And for that mes amis, we thank you.