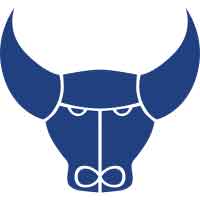 Pre-Match Pintage:
Well, now The Priory has closed down near to the ground, you're going to have to go looking. A five-minute walk will take you to a Holiday Inn Express but that's no more than a standard hotel bar. Otherwise, you could take a punt on the leisure outlets by the car park if you don't want to go into the centre of town.

By Road:
For the trip to Oxford, we're going to take what should be the fastest route. Be aware, however, that a more direct route can be taken across country via Hemel Hempstead if you wish. This one will take you along the M25 and onto the M40, meanwhile; traffic obviously being something to watch for here.

At Junction 7 of the M40, come off the motorway and turn left onto the A329. You'll come to a roundabout after around 4.3 miles, at which point you want the second exit to stay on the A329. After passing the BP garage on your left, follow the road round to the right and onto the B480.

Just under four miles later, you'll come to a succession of roundabouts. Go left and take the first exit at the first of these for Grenoble Road. Go over the next three roundabouts, staying on Grenoble Road. The Kassam Stadium is shortly after the third of these and on your right hand side.

Parking:
The club's own car park has a capacity for 2,000 on a first-come-first-served basis at no charge. If a big crowd is anticipated, this car park can get full very quickly although there is an overflow at the rear of a nearby cinema.

Other alternatives include on-street parking in the locality although a number of residents-only schemes are in place.

Alternately take the No 5 bus from the Station (Stop R2) or walk into the City centre and take the same bus from Queen Street (Stop F4). Get off at Knights Road in Blackbird Leys, which is a 5 minute walk from the stadium.