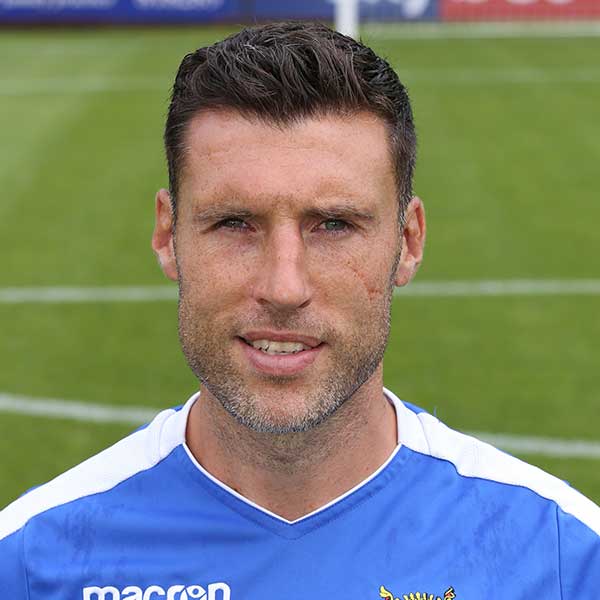 Boro’ boss Graham Westley was quick to snap up Jon Ashton as soon as the highly-rated central defender became available at the start of 2009. Earning his stripes with Rushden & Diamonds and Grays Athletic, the player was the ideal replacement for the outgoing Luke Oliver. While there wasn’t a rush to put him into the first team, it was clear he was here to add steel to our defence.

Solid at the back, Ashton built on a steady start to his Boro’ career and formed strong bonds with his fellow defenders as we pushed ahead of the pack during the 2009-10 campaign. A strong and robust tackler of the ball, the man mountain has dealt with some of the Blue Square Premier’s trickiest front men. With the benefit of a clean start at the beginning of the season, it was a task he easily met.

Moving into the Football League failed to faze Ashton, who continued his consistent form through the 2010-1 campaign in a manner that saw him secure Player of the Season and Players’ Player of the Season. He also caught the attention of Four Four Two magazine; proof that he had established himself as a key man at the Lamex. And, once Mark Roberts had moved on, Ashton was the man to pick up the captain’s armband; described by GW as “the ideal man to lead our team forward. He has a great history at the club, he wins football matches and he leads men”.

After leaving us in 2015, Ashton had spells at Crawley Town, Braintree and Grays Athletic. His final playing days would, however, come at Nuneaton Town under the management of Dino Maamria. And he’d follow Dino to Boro’ in 2018 too; becoming fitness coach at a club where he enjoyed so much success.