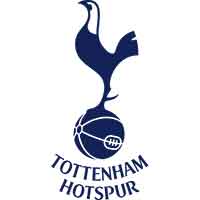 After being a regular pre-season guest, us and Tottenham Hotspur met as ‘equals’ for the first time during our 2011-2 FA Cup run. We took a star-studded Spurs side to a fifth round replay at the Lane; even having the temerity to go ahead in front of their own fans as well. In addition, our relationship is a close one off the pitch; Spurs using the Lamex Stadium as their home ground for U23 games and the like.

Go across to Ware on the A602 and head south on the A10; aiming for central London. You’ll go through a number of traffic light box junctions on the way down. Then turn left after six miles for White Hart Lane. This becomes Creighton Road; keep going though, because it becomes White Hart Lane again soon after.

Pass under the railway bridge, before turning right at the end of the road onto Tottenham High Road. The stadium is metres away on the left.

For fans who are driving, a big problem is the total lack of parking at the stadium. Even though it’s much shinier and newer than the old White Hart Lane, the location is still the same. A Controlled Parking Zone exist around the ground, which Haringey Council and Enfield Council made bigger after speaking with local residents.

Road closures also mean that, if you do decide to go by car, you can’t use those closed roads for at least one hour until after the final whistle. So, it’s no surprise that Spurs are adamant in their advice that your best bet for getting to them is to take public transport.

White Hart Lane is a short walk from the stadium and it’s one of two options if you’re on your way from Stevenage. Hop on the Victoria Line at Finsbury Park and head to Seven Sisters, walking from there or getting the London Overground to WHL. Northumberland Park might also be an option from Cambridge, Hertford or London Liverpool Street.