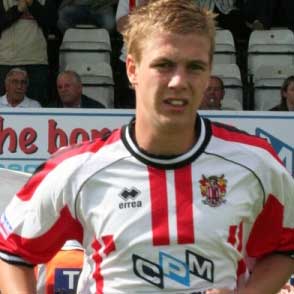 A late addition to the squad just before the start of the 2006-7 season, David Hicks was snapped up following an impressive pre-season campaign. After starting his career with Spurs, he moved to Northampton Town in 2004. But first team opportunities didn’t come as freely as he’d like. The Cobblers released him in summer 2006, which saw him come down to us. He made just four appearances, however, before he was on his way again.