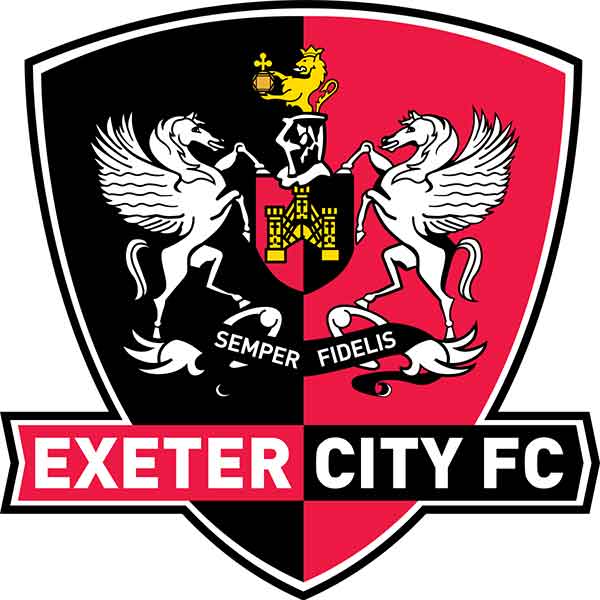 Exeter City and St James’ Park isn’t much of a happy hunting ground for Boro’; the place where Mark Arber backpasses go to die. If you don’t get the reference, it harks back to a 4-0 defeat there in the 2007-8 FA Cup; one of two 4-0 defeats there that season, actually. Thankfully, our home record against The Grecians is much more prettier to look at. It’s a record that can always be improved, however.

The Grecians have just one dedicated parking space for away fans, which you must pre-book 24 hours in advance. Any later and that space will be given to a home fan. And it’s essential to have your Blue Badge on display. If not, you’ll be turned away.

For blind and partially sighted fans, there is a commentary service available – with a total of 10 headsets available to home and away fans alike. You should contact Exeter City in advance to check if there’s one available for you.

There are a limited number of spaces for wheelchair users in the ground. If you need one of these spaces, you must be largely dependent on your wheelchair to get around. You’re also encouraged to attend with a personal assistant.

Fans who use a wheelchair are advised to buy tickets 48 hours in advance of the game. The same is true for fans with ambulatory disabilities and who need appropriate seating.

We appreciate there may be many questions left unanswered on this guide. As such, we would first suggest looking at the Grecians’ own information for disabled supporters.

The Grecians confirm that away fans are welcome into their own social club. And there’s a small fan zone outside the Ivor Doble Stand too. Up the road on Well Street is St Anne’s Well, which often proves popular with travelling supporters. Otherwise, you might want to head into the city centre for more choice.

You can do this long ol’trip in a couple of ways, but we’re sticking with the simplest option here. This is pretty much all motorway until you get to the sunny south west, so let’s start. Head south and join the M25 in the way that you choose, before scooting round to the M4 and tootling off to Bristol.

At Bristol, switch to the southbound M5. You’re on this for 76 miles; Junction 29 is what you’ll want, in fact. This is the A30 exit for Honiton and Exeter Airport. After leaving the motorway, turn right from the slip road and go over the roundabout by the Park and Ride facility in half a mile (second exit).

Once you reach the next roundabout, you want the second exit again; this time, taking you onto the B3183 – but still Honiton Road. Stay on the B3183 for nearly two miles until you reach a roundabout in the city centre. Take the fourth exit for the B3212 to go past Vue on your left. Another roundabout will come to you in under half a mile.

Take the second exit here; barely 0.1 miles later, the ground will be up to your left.

With no parking at the ground and limited spaces in among the resident schemes near to the venue, your chances of getting a spot super close are not good. But you don’t have to venture too far for options. These include the King William Street NCP or one of the car parks located off Western Way (Parr Street, Belmont; Belgrave Road and Bampfylde Street; and the Triangle). Each of these are 10 minutes’ walk from the ground tops.

The ground is only half a mile from Exeter Central. But many of the trains won’t stop here; using St. Davids only. So, you’ll need to change to get to Central. This is no real hassle though; the trip between the two being only 3 minutes and running every 15-20 minutes.

If changing at St Davids, you can then get a direct train to St James’ Park (Exmouth line). There are tie-ins with train companies so there are services on matchdays stopping there at times suitable for the match.

Exit from the rear of Exeter Central and turn right in New North road, before taking the left hand turn into Longbrook Street. Pass the Black Horse pub on the left, and – at the grass triangle verge – go right. It’s then right again into York Road; turning left at the school into Well Street.

When arriving at the ground, go right to get to the away terrace (St James’ Road) or keep going ahead for the seats. Our thanks to Oliver South for information.