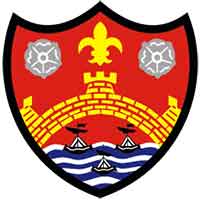 By dumping us out of the 1994-5 FA Cup, Cambridge City put us on the wrong end of a cupset. It was not what we’d call fun. Their 2-0 win came at the Second Qualifying Round stage and was, in fact, the third time they’d knocked us out of a cup. First was a Third Qualifying Round victory in the 1987-8 FA Trophy. The second instance was in the 1989-90 FA Trophy First Qualifying Round. Just hope we don’t meet them in a cup clash again, eh?

** At time of writing, Cambridge City are playing at Histon **

All being well, you should be able to do this in less than an hour. Head north on the A1 to Junction 9 and take the A505 towards Baldock. Keep going along until you reach the edge of Royston. After passing Tesco on ypur right, take the first exit at the roundabout and take the northbound A1198.

Stick with this for around 4.5 miles over two roundabouts until you reach a third that gives you the choice to join the A603. You’ll want this to take you towards Cambridge. Just over seven miles later and you”ll need to join the M11 northbound. You’ll be heading along the M11 for 2.5 miles, before exiting at Junction 14 for the eastbound A14.

Come back around on yourself to join the A428 and this becomes the A14. Don’t get too set, however, as you’ll be needing the junction just over a mile down the road; this is the B1049. Take the first exit at the roundabout and, after going over a former railway bridge, the ground is on the right.

A little bit of parking is available at the ground on a first-come, first-served basis for £2 per car or £5 for minibuses.

The nearest station is central Cambridge. There’s nothing we can do about that. As it’s a three-mile trek, you’ll need a taxi or the Citi 8 bus service.