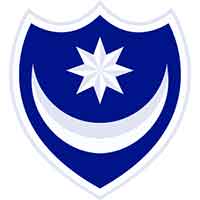 After graduating to the Football League, our first League Cup tie was against a Pompey side fresh out of the top flight. And what a treat it was, even if it ended in a narrow home defeat. As their slide (and our rise) continued, we next met in League One. And again in League Two; this time both of us on the slide. One of us has since stepped back up. But that obviously wasn’t us.

Pompey offers five wheelchair spaces for visiting fans as part of their allocation – but we don’t think these are in the same stand as travelling supporters. We could be wrong. For ambulant disabled supporters, individuals can sit in the away stand. But it’s worth noting that it will involve a good few steps and some rows are unsuitable for those under 5’4.

Ambulant disabled fans qualify for concession tickets with the necessary proof – either the highest rate of Disability Living Allowance (DLA) or PIP. Carers are, however, free.

It’s recommended that you contact the club’s Disability Liaison Officer, Courtney Hollier, before you go to discuss any specific needs. Email courtneyhollier@pompeyfc.co.uk or call 0345 646 1898.

One of the nearest pubs is Good Companion on Goldsmith Avenue, the main road when approaching by car or from Fratton train station. It’s a large venue that’s open to home and away supporters alike. Otherwise, we’re told there are plenty of alternatives within a short walking distance from Fratton Park.

The trip to the south coast will take a little more than two hours on a good day and is a pretty easy one. From here, go south on the A1(M) and usethe counter-clockwise M25; exiting at Junction 12 for the southbound M3 towards Southampton.

After 53 miles, stay on the main carriageway to merge with the eastbound M27 towards Southampton Airport and Portsmouth. After a further 17 miles, exit onto the M275 – and then leave the motorway for Cross Channel Ferries and North End.

At the roundabout, take the second exit for Kingston Crescent (A2047) and then go right into Kingston Road shortly after. Continue for more than a mile, before taking the first exit at the roundabout for Goldsmith Avenue (A2030). Fratton Park should now be visible.

A large car park that’s behind the Fratton End costs a tenner per car. But it’s opposite the away end. So, it’s a bit of a risk to run the gauntlet. You might, however, get lucky with the local street parking options. Failing that, try Miltoncross School at £5 per car and just a five-minute walk away from the ground.

Fratton is the nearest station to the ground and is a mere 10-minute walk. It appears that there is a footbridge from the station over the tracks to Goldsmith Avenue, which negates the need for a long walk around. From here, it’s straight down past the rail depot, across the entrance to the retail park on the left and then left up Frogmore Road towards the stadium.