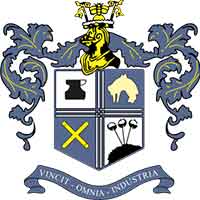 After first meeting Bury during the 2010-1 League Two season, the pair of us both went up into League One that same campaign; them automatically and us via the playoffs. If its fun facts you want, our 2-0 defeat at Gigg Lane in March 2013 was Gary Smith‘s last match in charge as Boro’ boss. In more recent times, however, the Shakers ran into severe issues; expelled from the Football League in summer 2019. As of summer 2020, the club did still exist – but had no league to play in for the 2020-1 season. Who knows what comes next?

Located on Manchester Road near the ground is The Swan and Cemetery, which is operated by local brewer Thwaites. The pub serves a selection of real ales and also boasts restaurant facilities for peckish fans, while providing comfort and a welcoming atmosphere.

We’ll give you longest route in distance, but usually the fastest in time. Head north on the A1 until you reach the M62. Take the M62 west towards Leeds and Manchester. You’ll be on here for more than 37 miles; Junction 18 being your exit.

Here, take the exit for the Bury-bound M66. After only two-and-a-half miles, however, you need to leave the motorway at Junction 2 (A58). Take the second exit on the roundabout; the first being for a hotel. Continue on for around half a mile, before making a left turn onto the B6219.

The Shakers suggest that all fans use the Phoenix House car park, which is a short drive from Gigg Lane. It costs £5 per car and takes just two minutes to walk. The car park will close an hour after the final whistle, however. Local streets are covered by resident-only schemes and these are patrolled on matchdays.

Bury’s Metrolink station is served by tram services from both main railway stations in Manchester for ease of connection, and is located less than a mile from Gigg Lane. Taxi and bus services are available, but for those walking, turn left out of the station.

Turn left at Chicago Rock Cafe into Haymarket Street and continue straight along into Knowsley Street. Turn left into Manchester Road (A56) and continue down for around half a mile and Gigg Lane will be on the left.