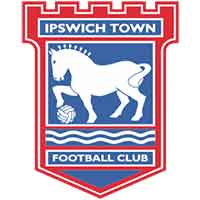 If the balance of power after our first three meetings is anything to go by, we wouldn’t say no to more encounters; Boro’ winning twice and losing once and all of them in the League Cup.

The club says it offers a total of 20 wheelchair user positions for travelling fans – all with seats for personal assistants. Half of these, however, are located in the lower tier of the Cobbold Stand beneath the away area, while the other 10 are in the East of England Co-operative Stand.

For supporters with visual impairments, you might be able to take advantage of one of 10 radio headsets. These deliver commentary to all parts of the stadium, but must be reserved in advance through the Disabilities Liaison Officer.

If you are travelling to Ipswich Town as an away supporter, you are advised to contact the Disabilities Liaison Officer in advance to buy your match tickets according to the club’s downloadable Accessibility document (pdf).

Warner Duff is the Disabilities Liaison Officer at Ipswich Town. You can phone on 01473 400556 or email warner.duff@itfc.co.uk

If you’re looking for what’s regarded as the main away fans’ pub, you’ll be after the Riverside (Station) Hotel. It backs onto the river and can be found near the railway station, making for a fairly appropriate name.

Alternative options include the Punch and Judy on Cardinal Park, near to the ground. Otherwise, you’ll find yourself a pint of beer, cider or lager inside the ground – but not at half time it seems.

If you’re making the trip across to Ipswich Town, one of the best ways to do so is to take the A505 towards Royston. Remain on the A505 as you pass around the edge of Royston and up to Duxford.

Go across the M11 and continue along the A505 until you reach the A11, at which point you’ll be wanting to head north. After nearly nine miles, merge with the eastbound A14 towards Felixstowe.

You’ll be staying on the A14 for nearly 42 miles at this point, before taking the exit for what seems to be the A1156 into Ipswich. A McDonalds and an Asda should be among the landmarks at this stage.

Shortly afterwards, there will be a left turn for Portman Road and the stadium is down here.

You should be able to find space in one of the Pay and Display car parks on Portman Road itself, with the added bonus that parking should be free after 8pm if you’re there on a weekday.

You can of course travel via London for this journey, but it’s easier and cheaper to go via Cambridge. As for the station, it’s just the other side of the river from the stadium. You’ll probably be able to even make your way using the floodlights as a reference point.