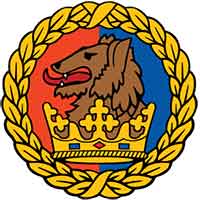 The 2009-10 campaign saw Chester City become the second team in our history to see their playing record expunged. By the time the Seals were wound up in March 2010, we had already played them twice; collecting six points in the process. With those no longer ours, it meant that (officially) we fell short of 100 points. And fell short by only one point. Maybe we shouldn’t have lost to Ebbsfleet United then.

After dropping into the Conference for the first time in 2000, it took the Seals four years before returning; Boro’ being the only side to win at their gaff when they won the 2003-4 title. They struggled on their return to the League; finishing no higher than 15th. In 2009, the luck ran out and they fell back into the Conference. But the club wouldn’t see out the season. With the club folding, a new Chester FC has since taken their place.