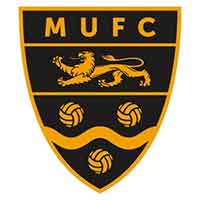 It’s normally been us with the FA Cup shocks over the years, but The Stones brought some role reversal to 2014; the then-Conference side doing for us in a First Round replay on their artificial pitch and in front of the TV cameras. Just like sides including Aldershot and Newport, Maidstone United are a club battling to ‘return’ to the Football League after a lengthy and not entirely happy absence.

The Spitfire Lounge is the clubhouse at the Gallagher Stadium and serves a variety of beers if you’re after a pre-match pint. Alternatively, you’ll find the White Rabbit on the other side of the dual carriageway.

We’re going to suggest the shortest route for this, which might be a little less quick but means less time on the M25. Therefore, a win. It begins by heading to Ware on the A602, before heading south on the A10. Join up with the clockwise M25 and go right round and over the Dartford Crossing.

At Junction 2, exit the M25 and take the A2 towards the coast. Continue onto the M2 for around five-and-a-half miles, before leaving the motorway at Junction 3 for the A229. Take the third exit at the roundabout and follow the signs for the southbound A229.

After around four miles and a roundabouts, there will be another roundabout. James Whatman Way is on the right hand side, with the ground down here.

You won’t be able to park at the ground, however. The nearest car parks can be found at Invicta House, Maidstone East Train Station and Fremlin Walk; all of which will require you to hand over some monies.

Maidstone East is the station you want and, fortunately, it’s the nearest to the ground. Come out of the station and turn left onto Week Street. Head up towards and past Invicta House/County Hall, before heading left at the roundabout past RBS on Staceys Street.

Get across the next, and larger, roundabout and you should have arrived.