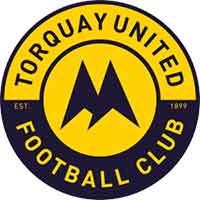 Our first coming together with Torquay United came a long time before we actually played them – and it was pretty controversial. The actual circumstances are for someone else to incriminate themselves with; all we’ll say is that it ended up being us against the League in the High Court back in 1996. Not until Torquay United were relegated to the Blue Square Premier ahead of the 2007-8 season did our battles head onto the pitch.

Go south on the A1(M), then anti-clockwise on the M25. Next, head south on the M3 and join the A303 for Exeter. Continue onto the A30 when approaching Exeter, and then take the southbound M5 until it becomes the A38. This bit was relatively easy, right?

After about six miles, bear left onto the A380 and continue to Newton Abbot and the Penn Inn Roundabout. From here, follow the signs for Torquay; passing the Willows Shopping Centre and taking the next left at the lights. Follow signs for Torquay United FC/Plainmoor through three roundabouts.

Go straight on at traffic lights into Warbro Road. The ground is on the right hand side, with the away fans’ turnstiles just off Warbro Road.

It is most likely the case that you’ll be rooting out street parking for games at Plainmoor. The ground is in the middle of a fairly extensive residential area. The best the club can advise is to “get to Plainmoor early” to find those on-street parking spaces.

First, you may need to change at Exeter St. Davids or Newton Abbot for a connection to Torquay if the service is not going straight through to Paignton. There is a bus stop on the seafront that takes you into the town. The #12 to Cary Parade, and then the #34 will take you onto Plainmoor.