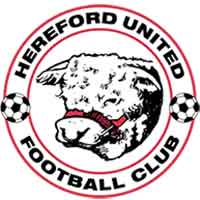 Our first match against Hereford United came in the FA Cup, but it wasn’t long before we were both competing as equals; the Bulls relegated to the Conference in 1997. For the next nine years, we were adversaries; Boro’ having the pleasure of edging them out of the 2004-5 Nationwide Conference playoffs. They won the race (back) to the League, though.

After reuniting in League Two, the Bulls were relegated to non-league once more in 2012. This time it was permanent; the club suspended by the FA in 2014 and eventually wound up in the High Court. The reason was because the Bulls’ debts had soared to a mammoth £1.3m – and soon the vultures started circling before the High Court stepped in for good.