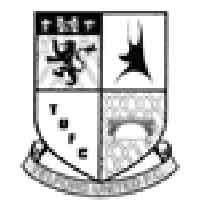 Don’t confuse this club with AFC Telford United who formed after the original Bucks folded at the end of the 2003-4 season. It was a bit of a shocker to be fair and brought to an end more than 130 years of history. The original Bucks were three-time FA Trophy winners and founder members of what went onto become the Conference; finishing third in the 1981-2 campaign. They weren’t shy of a FA Cup run either; reaching the fourth round in their final season after accounting for Brentford and Crewe Alexandra on the way.