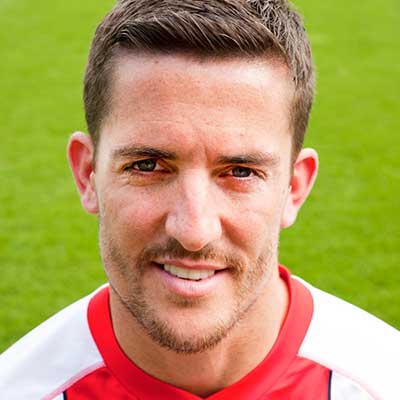 One of a trio of new additions to the squad in summer 2014, Andy Bond arrived at the Lamex after a spell with Conference Premier outfit Chester. The midfielder made a number of appearances at the Deva Stadium. But the Blues were relegated to the Conference North after a one-season stay.

Bond got the chance to join Chester during the second half of the 2013-4 campaign; the midfielder released by League One side Colchester United, a team with whom he had spent four years. Mind you, there were a couple of loan spells at Crewe Alexandra and Bristol Rovers respectively too. In a quirk of fate, it was with the club he played for prior to joining Colchester that he won the FA Trophy – and at our expense. He was part of the successful Barrow team that were to deny us a famous non-league double!