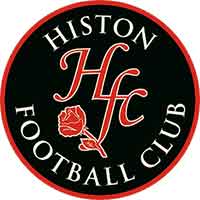 After the high of getting to the 2008-9 Blue Square Premier playoffs, Histon then suffered the low of being relegated two years later. In 2013-4, the Stutes went down again; finding themselves in the Southern Premier League. And the relegations kept on coming until the club won the 2018-9 Eastern Counties League to go up to the Isthmian League.

All being well, you should be able to do this in less than an hour. From Stevenage, go north on the A1 (or preferred route) to Junction 9 and take the A505 towards Baldock. Head along until you come to the outskirts of Royston and, after passing Tesco on the right, take the first exit at the roundabout for the northbound A1198.

Follow the A1198 for around four-and-a-half miles over two roundabouts until you reach the one with the option to join the A603. You’ll want this to take you Cambridge-bound.

Just over seven miles later, you need to join the M11 northbound. Go along the M11 for two-and-a-half miles, before leaving at Junction 14 for the eastbound A14. Come back around on yourself to join the A428 and this becomes the A14.

Don’t get too set, however; you’ll be needing the junction just over a mile down the road. This is the B1049. Take the first exit at the roundabout. After going over a former railway bridge, the ground is on the right.

A little bit of parking is available at the ground on a first-come, first-served basis for £2 per car or £5 for minibuses.

Yep, the nearest station is central Cambridge. And it’s around three miles away. So, a taxi or Citi 8 bus stop are your best bets.