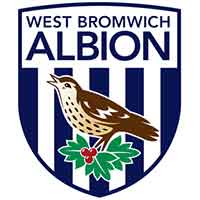 West Bromwich Albion aren’t a side that we’ve played in a ‘real’ game yet; our only meeting being a pre-season friendly.

Head north on the M1, before exiting onto the M6 to continue your journey towards the West Midlands. Stay on the old M6 as you come into Birmingham; Junction 8 being the one that you’ll want to be taking. This is the junction for the southbound M5.

At Junction 1 of the M5, leave and take the first exit at the roundabout for the A41. Half a mile down the road and past a BP garage among other local attractions is the ground. It’s as simple as that!

We’ve never needed to look too hard into this before – so bear with us. It seems that, across the road from the away end, is Sandwell Academy School. We’re told that you can park here on a matchday for a fiver. But you must book ahead and pay online using the YourParkingSpace website. There are also a few other car parks nearby if you’re stuck.

It won’t be a shock that the station isn’t too far from the ground of the same name. Come out of the station and turn left for Halfords Lane. Turn right onto Halfords Lane and head straight up.

If taking the train, it’s worth knowing that your connection at Birmingham Moor Street and Birmingham New Street involves a walk between the two. It is not a direct interchange.