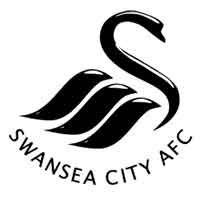 But for their last-gasp escape on the final day of the 2002-3 season, we could’ve been Conference chums with Swansea City. Of course, we’d already met each other by that point; springing a surprise in the LDV Trophy at the Lamex. The following season, the footballing gods paired us together again; this time in the FA Cup and this time at their former gaff. Oh, and this time, they’d win – though not without controversy.

After that, things took a different turn for the Swans; the South Welsh club rising up to become a Premier League side and putting much greater distance between us. There would be another excuse to meet, however; the 2018-9 Football League Trophy draw making us take on the Swans’ U23 side. Or should that be Cygnets?

It’s three-and-a-half hours to Swansea on a good day – and you’ll find that motorways are the best way to do it. There is, of course, always the option of taking a cross-country route via Oxford, Cheltenham et al, but we’ll leave that to you.

Around the M25 and onto the westbound M4 is pretty much all you need to know to get on with. You won’t be doing much else until you come to the outskirts of the city. Junction 45 is probably the easiest way into Swansea, following the A4067 for Swansea North. But it’s worth bearing in mind that Junction 46 is where the Felindre Park and Ride site is (below).

Take the first exit at the roundabout and follow the road down until it brings you down to the stadium. You might opt to come off earlier at Junction 42 and down along the A483, before turning up the A4217 by the River Tawe bridge, but traffic might be against you.

On a matchday, there’s no parking at the stadium. And there are restrictions in place in local streets too. So, your best bet is to use the Felindre Park and Ride site, which can be found just of Junction 46 of the M4. This will cost £10 per car and opens two hours before kick-off. It’ll close two hours the other side of the game too.

Landore Park and Walk is much closer; three minutes on foot. Again, it’s £10 a car and is more likely to fill up quicker than Felindre. The postcode is SA1 2JT.

BoroGuide has vast experience of Swansea as our old university town. And it means that we know how walking from the station to the Liberty Stadium isn’t simple. Google says it’s only a half hour walk, however, so maybe you want to chance it?

Turn right out of the station and head up the High Street, turning right for Prince of Wales Road. Go right again for Bethesda Street; continuing parallel to the railway until you come round to Neath Road. Then, turn right here and continue until you’ve passed under both branches of the railway; one going left, one right. This brings you out onto the roundabout where the stadium is.

But, seriously – have a drink on Wind Street and grab a cab.