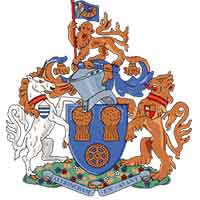 Altrincham were a regular opponent during our time in non-league – and one that we’ve had more good times than bad. Alty somehow won both our meetings during the 2006-7 campaign. And they are the only two times we’ve been on the wrong end of the scoreline.

Altrincham were an impressive force in non-league football in the late 1970s and 1980s; winning the first-ever Conference title on the way. Their bid to join the League, however, were not so fruitful; none more so evident than being denied a place after their 1980 title win by a single vote. You really do have to love the old election system, don’t you?

From Stevenage, you’ll need to make your way onto the M1 followed by the M6. Continue northbound on the M6 until you reach Junction 19; following the A556 towards the M56 and Manchester Airport. Once on the M56, exit at junction 6 for Hale Barnes.

After passing through Hale Barnes and continue on upon reaching some traffic lights – a junction with the A5144. Turn right into Westminster Road, which should be the third road on the right. At the end of Westminster Road will be Moss Lane on the left. Once in Moss Lane, the ground will appear on the right.

There’s no parking at the ground itself. Alty do, however, have a long-running agreement with Aecom on Moss Lane, which is the former Riley’s Snooker Hall. As a result, you can use this car park for free. The postcode for the car park is WA14 8FH.

Local streets usually afford a comfortable capacity for those wishing to park up close to the ground. Otherwise, another option is a large Pay and Display car park at Altrincham Leisure Centre on Thomas Street.

If you’re walking to the ground from the station, leave on the side where the low level station car park is. Cut through the car park and come out onto Oakfield Road, turning right. At the bottom of Oakfield Road, take a left onto Moss Lane. By continuing down here, you’ll soon come to the ground. It’s about half a mile if you’re after the particulars.