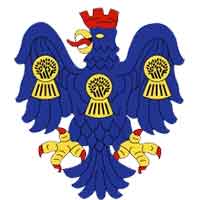 With the Vics’ relegation in 2005, we took over the mantle of longest-serving Conference club from Northwich Victoria. It was a turbulent time for them; legal and financial issues not helping their on-field fortunes. After bouncing straight back to the Conference Premier in 2006, more off-field problems followed and the club were relegated again at the end of the 2008-9 season. After a few years moving in the wrong direction, the Vics are now in a battle to rebuild from the North West Counties League.

From Stevenage, get to the M1 and go north to join the M6 for Northwich. Once on the M6, head north until you reach junction 18 and then head west along the A54. As you reach the town of Middlewich, go over aroundabout and continue on the A54 – before turning right onto the A530.

Head north along the A530 until you reach the outskirts of Northwich; continuing straight over the next roundabout on the A530. After passing underneath the railway bridge, turn right at the end of the road onto the A559. Next, turn left just after a pub on what should still be the A559. About 0.7 miles up this road will be a left turn into Wincham Lane.

Keep on this road until you pass over the canal and turn left for the stadium access road.

You should have no issues finding a parking spot at the stadium thanks to the decent-sized car park available right outside.

The journey to Northwich that takes the least time – though still over four hours – is one that goes via Kings Cross and Euston. Take a train into London and then catch a West Coast service from Euston to Stockport. A Northern Rail connection complete the route.

From Northwich station, exit onto Station Road, and turn right. At the roundabout, cross over Chester Way and head up New Warrington Road for just over half a mile. Turn right into Chapel Street, and continue for under half a mile or so, before turning right.