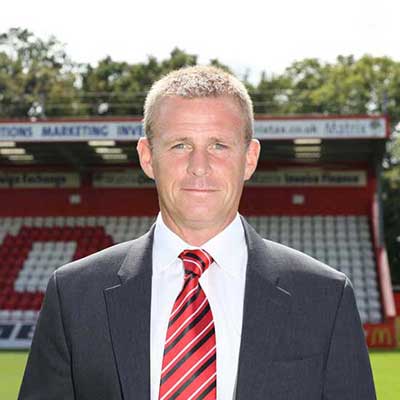 If you asked us “who is Gary Smith?” after Graham Westley left the club in January 2012, not many people would’ve come back with anything useful. And that would probably have done a disservice to Smith’s managerial record at that point. Boro’ were, however, to provide the former Arsenal man with his first job in an English dugout.

After starting with a famous win against Sheffield Wednesday at Hillsborough, a succession of draws followed. Smith still succeeded in guiding Boro’ to the League One playoffs, as well as an FA Cup replay against Tottenham Hotspur at White Hart Lane. The 2012-3 season started brightly too, and Smith’s side briefly hit the top. A poor run of form through the winter, however, cost Boro’s promotion bid and, ultimately, Smith’s job.

Smith’s playing career spanned 13 years; starting out with the Gunners as a youth, before making the switch across London to Fulham. He also had stints with Colchester United and Enfield, before moving to Wycombe. And it was here where he arguably enjoyed his most successful time on the pitch. Injuries started to have a negative impact on his playing days, however, and Smith retired from the playing side of things aged 27 after time with Welling, Barnet and Aylesbury.

A career as a coach then beckoned for Smith; working at Wimbledon (latterly MK Dons) ahead of a return to Wycombe. Roles with Watford and his first club, Arsenal, also followed. But it was in the US where Smith established his credentials, leading Colorado Rapids to MLS Cup glory on a shoestring budget and winning 47 out of 112 matches.

The decision not to renew his contract rankled with Rapids fans and suddenly the name of Gary Smith started cropping up on the radar this side of the Atlantic. Perhaps it was Phil Wallace’s US links that alerted him to his potential, but Boro’ moved to bring in a man who knew what it took to win through when others may flaunt greater resources.