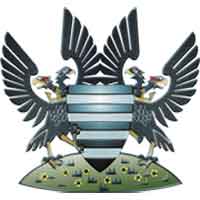 It seems that we just couldn’t get enough of Salisbury City in 2007, with four separate meetings across the calendar year. The first was the 2006-7 FA Trophy Quarter Final; forming part of our march to the final. Then there were two FA Cup Fourth Qualifying Round encounters the next season; our clash going to a replay that we went onto win. The 2007-8 season was also the Whites’ first in the Conference after promotion.

At the end of the 2009-10 season, however, the club was booted out of the Conference due to cash concerns. After failing in their appeal, the Whites went down two divisions; taking part in the Southern League. Back they came, however; promoted to Conference South in 2011. It all seemed to be going in the right direction in the next season or two. And they secured their return to the Conference Premier in 2013.

It unravelled again though. In December 2013, the Whites came out of administration for the first time in four years. In the league, they ended up a decent 12th. But, by missing a deadline to clear debts, they were demoted in June 2014 and then expelled the following month. With the old City liquidated, a new club (Salisbury FC) formed in December 2014 to bring football back to the Raymond McEnhill Stadium.