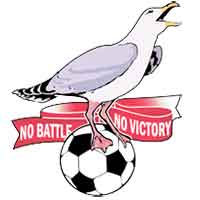 After relegation from the Football League in 1999, Scarborough saw their luck deteriorate over the next eight seasons; relegated once again to Conference North in 2006 and then shut down in 2007 with debts reported to be £2.5m. In the 14 times we met them, Boro’ only found ourselves on the losing side once. Draws were quite common though, to be fair. A new club is now in the process of building back up to where the Seadogs once left off. And, after playing away from the North Yorkshire resort in its first years, that phoenix club is now back home; the first football being played in Scabby for more than a decade.