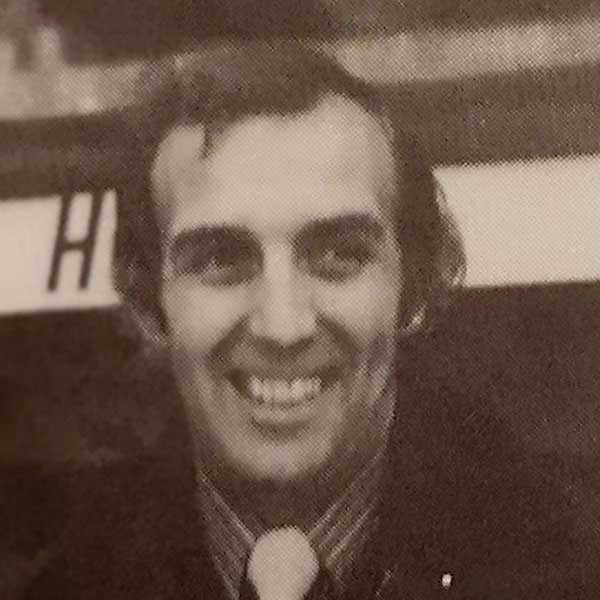 Frank Cornwell was appointed manager of Stevenage Borough in 1983, having been in charge of the reserve team for the 1982-3 campaign. Before his time with us, Cornwell was assistant to ex-Stevenage Town striker Keith Berry at Wymondley United. The pair had enjoyed particular success in the North Herts and Senior County League between 1976 and 1979.

In 1979, he became manager outright at Wymondley United. A pioneer of the time, his belief in statistical analysis set him apart. It was rare, for example, to see him without a clipboard. After Wymondley, Cornwell’s next move was to Boro’ as reserve team gaffer. And, in 1983, the first team manager’s role was his at Broadhall Way.

Cornwell was never afraid to stick his name down on the teamsheet if needs be either.

He stepped down from the role in September 1987; a “victim of his own success” as a matchday programme at the time put it. Such was our rise under Cornwell’s leadership, the relative disappointment of our time in Vauxhall Opel League Division One would do him no favours. Indeed, he’d offered to step down before the 1987-8 campaign after an awful end to the previous season. But the club persuaded him to stay.

Cornwell’s time in charge lasted just a few more months, however. After a poor start to what 1987-8 had to offer, the club – this time – accepted his resignation. His links with Boro’ didn’t end there, however. Two months later, he was back in a dual role combining both scouting and commercial activities at the club.

With thanks to: John