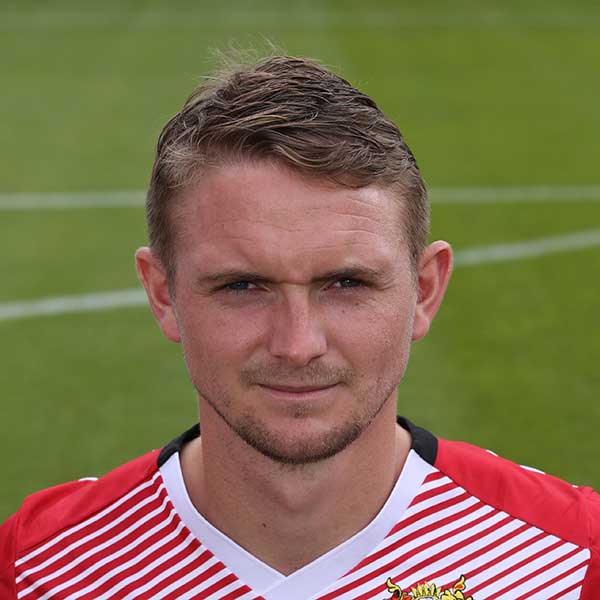 It was a case of no letting up for Boro’ boss Dino Maamria in summer 2018; left-back John Hunt one of a number of new additions to our ranks. It was a bit of a move to the side for the Liverpool-born player; spending the 2017-8 campaign at fellow League Two side Mansfield Town and making more than 20 appearances.

The Stags had fallen just short of the playoffs, but still embarked on what you may well call a clear-out. Indeed, Boro’ didn’t only swoop for Hunt as a result but Joel Byrom too; the midfielder returning for a second spell with us after being released. For the sake of comparison, Hunt had been transfer-listed as opposed to being released.

That’s by the by, however.

The defender saw plenty of action in his first season with us; 33 outings in total. But it’d be his only year with us. Towards the end of the 2018-9 campaign, he fell out of favour as Joe Martin made the left-back berth his own. Even so, it was still a bit of a surprise to learn that Hunt was leaving that summer.

For John Hunt, this tale starts in North Wales; a graduate of the Wrexham youth side. After breaking through into his first team, he made his senior debut in April in the Blue Square Premier. It wasn’t until the 2012-3 season, however, that he became a regular in the side. And it was also this season in which his first goal came.

In June 2014, a new deal was on the table but Hunt didn’t sign it. Instead, a two-year contract from Cambridge United was the preferred option and across to the Abbey he moved. Just a handful of months later though, and he was back at Wrexham on loan.

January 2015 saw him back with the Us; at last making his Football League debut. The first team was a place he didn’t spend as much time as he might have liked. So, at the end of that term, he left Cambridge by mutual consent and headed back towards home after signing for Chester.

Hunt made a fair old few appearances for Chester too. Across two seasons, he became a regular fixture in their line-up; clearly doing enough to earn another shot at the League. This time, it was Mansfield who came calling. Not for the first time, however, it’d be a one-season stop. That’s where we come in, as it goes; summer 2018 and a part of Dino’s Boro’ revolution.