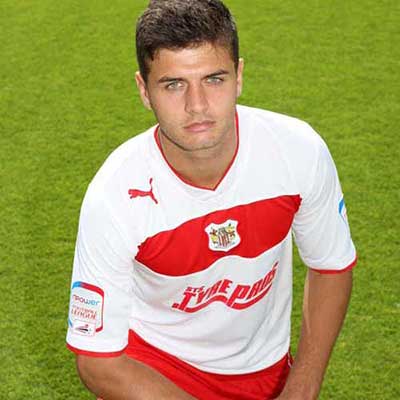 At 18 years old, Michael Thalassitis was the first of two Centre of Excellence graduates to sign a pro deal with Stevenage in summer 2011. A year after Boro’ first stepped into the Football League, it was recognition of the strides made by the club’s youth set-up during that period. Thalassitis penned his first senior deal having impressed manager Graham Westley in training sessions and reserve matches, as well as the youth side.