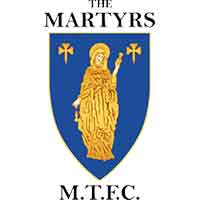 Merthyr Tydfil had a rich non-league football history, which sadly came to an end with the club’s liquidation in 2010. The Martyrs are one of the few Welsh clubs to compete on the other side of the border, dominating the Southern League during the late 1940s and early 1950s. There was a European adventure in the late 1980s after lifting the Welsh Cup too.

Our first meetings came during the 1995-6 GM Vauxhall Conference campaign. But their  stay was kept to just one campaign; our subsequent encounters coming in the FA Trophy. The most recent at the moment was in 2006; marking the start of our route to winning the trophy. It was particularly memorable for George Boyd, who ran amok in our hefty 7-0 win.