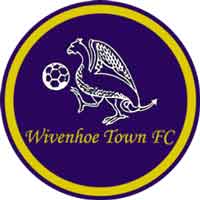 Dragons by name – but we were able to tame Wivenhoe Town with four victories and a draw in our five matches to date. Our first encounter was a 1991-2 Loctite Trophy clash that went 4-0 in our favour. Two seasons later, going up to the Diadora League Premier Division let us renew acquaintances. At the end of the 1993-4 season, we parted ways; Boro’ going up to the Conference, the Dragons down to Division One.

Take the A602 out of Stevenage towards Ware – before heading north on the A10 in the direction of Cambridge. After five miles, take the third exit at the roundabout for the A120 through Standon and out towards Bishop’s Stortford. Keep on the A120 around Stortford and over the M11, taking the second exit at the big roundabout towards Stansted.

This keeps you on the A120 and you’ll be on this for 17-and-a-half miles. On the edge of Braintree, there’s a roundabout where the straight option is the A131 – but don’t take this. Instead, go right to stay on the A120. After 9.3 miles, join the north/east A12 for Harwich. And after three miles, come off onto the Sudbury-bound A134.

Take the second exit at the roundabout for the A133 and continue for a mile. Next, bear right onto the B1028 Colchester Road. Soon after, turn left onto the B1027 Brightlingsea Road.

There’s a small car park at the ground (we believe). To find it , turn right onto Elmstead Road as you come to the stadium.

The station is on the opposite side of Wivenhoe to the ground. So, walking might end up being a bit of a trek.