In the last few years, you can argue the season – Boro’s season – doesn’t officially end until after the Mitchell Cole Tournament takes place. Now with its seventh edition all done and dusted, kitman Keith Bell’s brainchild is continuing to clock up funds for Cardiomyopathy UK. We talked to Keith to get the inside track on the 2019 tournament – and its ongoing success as a valuable charity fundraiser.

Keith – another year, another successful Mitchell Cole Tournament. How do you feel about it now the dust has settled?

It’s been another fantastic effort from everyone involved. To beat the £2,514 raised last year took some doing, so I’m absolutely delighted we done that. And without the support of everyone it wouldn’t have been possible!

Did you ever imagine you’d be seven years in and still doing it?

Always! I always enjoy doing charity work; helping to raise as much money as possible. It takes a lot of effort to organise. But to see it grow and grow each year makes it special to me.

How much did you raise this year? And what’s the overall total to date?

We raised £2,520, with £87 going to Arlesey Town to pay for new defibrillator pads. It was a thank you from us because they don’t charge us for the use of their stadium. Overall, I think the total raised over the seven years is now more than £13,000, which is a great sum.

How much have Cardiomyopathy UK been able to get involved with the tournament?

We have plenty of contact with Cardiomyopathy UK. Christie, who is their community fundraiser, has come down to the day in the last few years to see what we do. Goal.com came down last year to do a documentary about Mitchell and Cardiomyopathy, which you can find on YouTube.

Are the organisational challenges still the same? Or is there even more to do with each year you organise it?

Every year, it’s hard to organise; from sourcing prizes to getting referees. It’s always a challenge, but one that I enjoy. It takes a lot of effort. But when you see the success, both on and off the pitch, it makes it worthwhile. Luckily, enough I have a fantastic team behind me who help on the day – which I’m always grateful for. 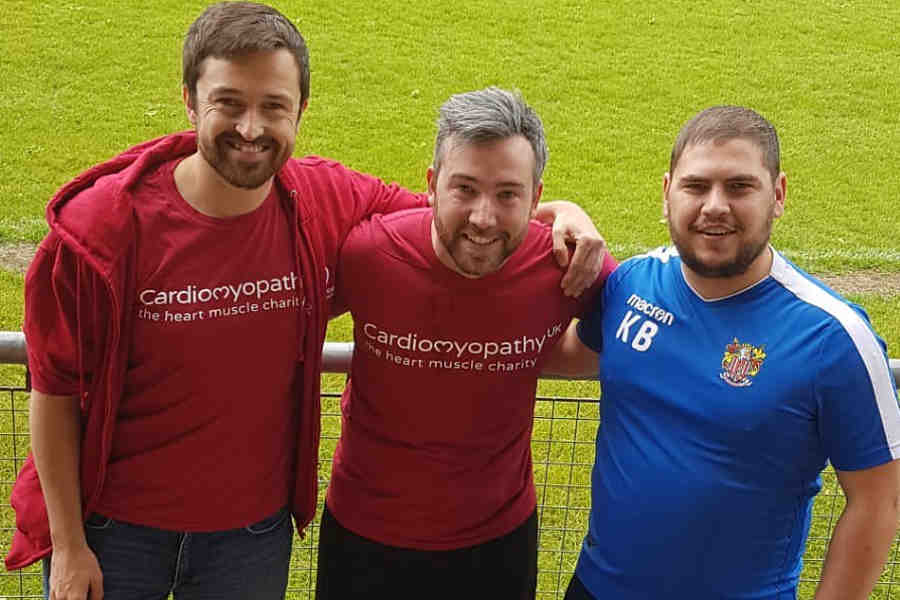 It was so close to a Stevenage win this year. Can anyone end the Ben Cole XI monopoly?

It was a very close game, but a great way to end the day too. The boys played well, but that’s penalties for you! It’s been the tightest finish to a Mitchell Cole Tournament. For me, though, the real winner is charity.

How much support did you get from the club this year? You mentioned last year that more was now being done?

Yeah, the club are now more supportive and that’s a good thing for us; spreading the news on the official website and Twitter feed, as well as having a few players turn up on the day. Now I work at the club, we obviously now had some fantastic prizes this year – and I’d imagine the same for the next.

Did you get everyone who you invited to take part? Were there drop-outs? Did you want more to take part if possible?

To be honest, we’ve had no-one not show up – and that’s fantastic. Of course, I’d love to make it bigger. But with the time that’s available, it’s very unlikely. Still, we always look at ways to see if we can make it bigger.

Are you now starting to think about the 2020 Mitchell Cole Tournament? What happens next?

I started thinking about it as soon as this year’s was over! We always look at what we can do to make it bigger and raise more money. We’ve started doing kids activities on the day, so we make it a family fun day. All credit to Arlesey too, as they do tend to sort out a bouncy castle and other bits for us.

What’s In The Boro’ Christmas Stocking?