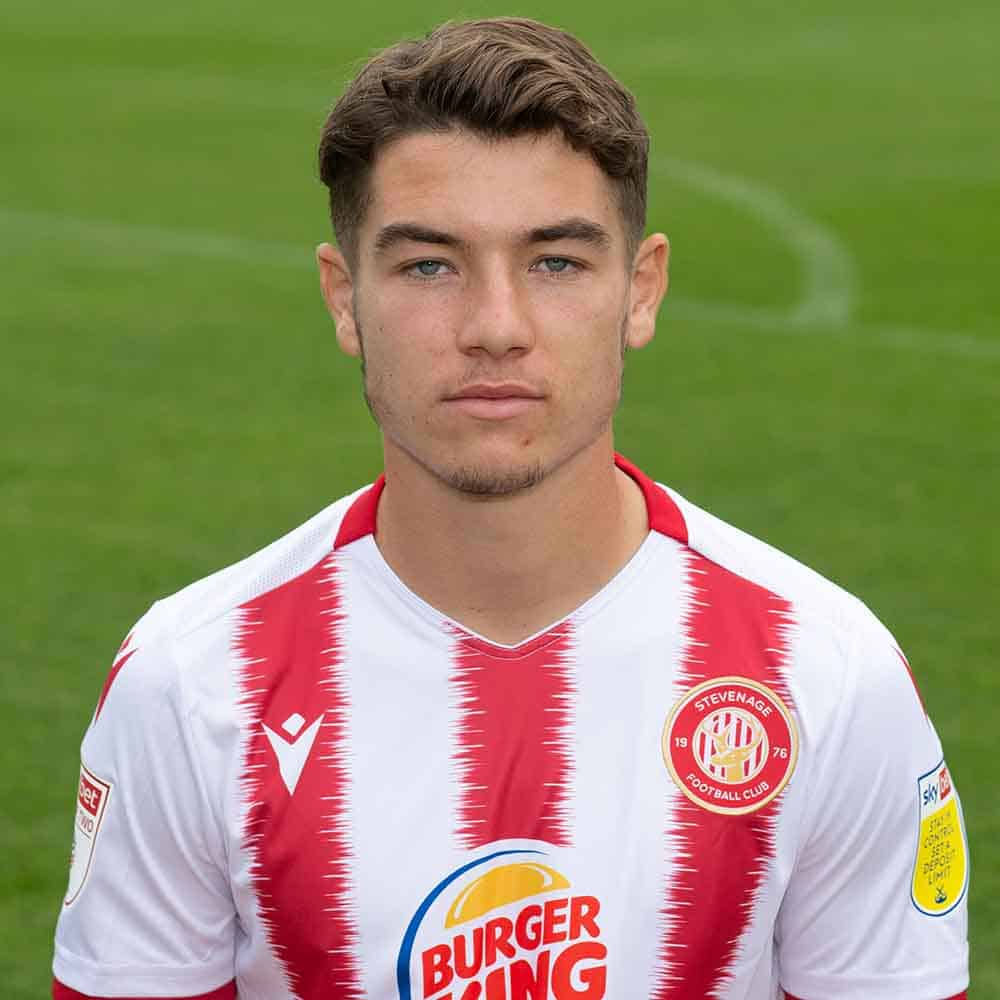 What larks we had in summer 2019 when we could claim to have beaten a Premier League side to the signing of young defender Jamie Fielding! The cultured youngster got the attention of Leicester City by some accounts, but the player opted to join our humble League Two outfit over the former champions. And delighted we were to hear it too.

In from Hastings United came the 19-year-old, and you can start to reason why he might have joined us instead of the Foxes. Going into our first team squad straight away is a step up from the youth set-up at a Premier League club for an ambitious footballer, you’d think. But there were no illusions as to the challenge he faced; Scott Cuthbert, Ben Nugent and Terence Vancooten all ahead of him.

Before playing for Hastings United, Fielding came through the academy at Eastbourne Borough. His stock rose hugely during the 2018-9 Isthmian League South East Division campaign. And the next step for the player? To make the leap up to the Football League and prove the judgement of boss Dino Maamria’s right. It’s not too much to ask, is it?