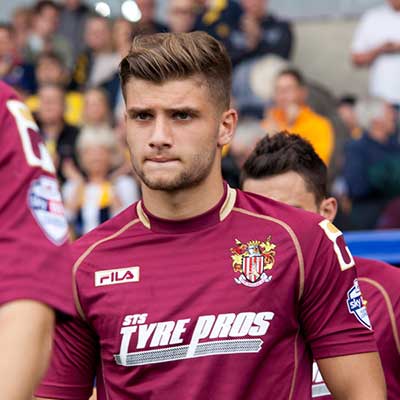 Michael Richens was one half of a pair of Peterborough United players brought in on loan by manager Graham Westley in September 2014. A right-sided defender by trade, the lad can also play in a more advanced midfield role. The player’s arrival at Stevenage was the first chance (aside from Posh) to show his qualities at League level. After all, he’d done it in non-league already; successful spells at Nuneaton Town and Bishop’s Stortford doing that job.

Despite leaving Boro’ at the end of his loan deal and turning up at Farnborough, a twist of fate saw him become a bone fide Boro’ lad in January 2015. But his time at Farnborough did continue, before he Boro’ ultimately released him a few months later. He since turned out for Hemel Hempstead Town, Bishop’s Stortford (again) and Biggleswade Town, as well as Kettering Town.