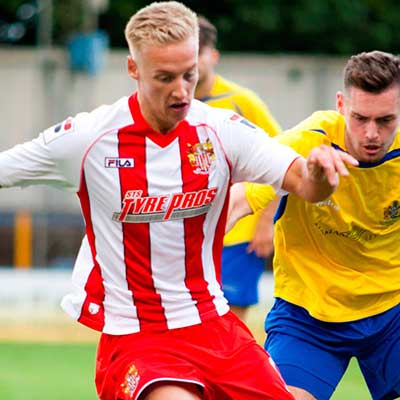 Graham Westley snapped up young forward Connor Calcutt in summer 2014 after making a good impression during that summer’s pre-season campaign. After starting his senior career at Hemel Hempstead Town, Calcutt moved to Berkhamsted Town and also enjoyed a spell at St Albans City as he forged a career for himself at local non-league level.

A goal against West Ham United saw Calcutt’s stock rise hugely in 2014; elevating himself from merely A. Trialist in the team sheet to his full identity becoming public knowledge. And consolidating his showing in subsequent friendlies, Westley saw fit to add the forward to Boro’ ranks.