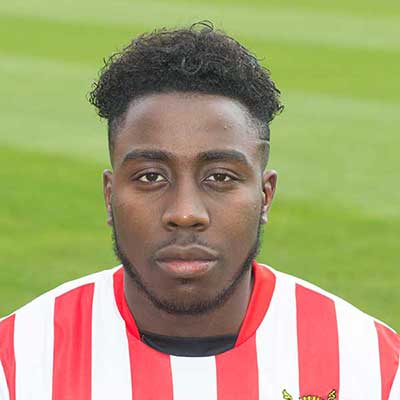 Rohdell Gordon was one of a number of Boro’s young guns to be added to the first team squad towards the back end of the 2013-4 season; duly impressing in the games he featured in. It was no mean feat considering the club’s precarious position at the foot of League One at that point. The potential he showed in those few outings saw the attacking midfielder rewarded with a professional deal in summer 2014, a move that ensured he would form part of the first team squad ahead of the 2014-5 campaign.

With pace and power, there were high hopes for his continued development at the Lamex Stadium. That potential, sadly, wasn’t fulfilled at Boro’. With just a sporadic number of first team opportunities, Gordon couldn’t quite make the breakthrough and was released by the club in summer 2016. His first move after life at the Lamex would be to Braintree Town of the National League.