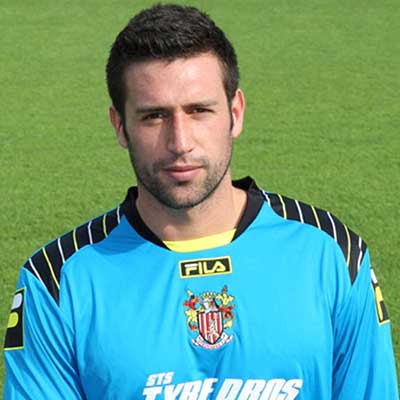 Young shot stopper Steve Arnold was snapped up by boss Gary Smith during the summer 2012 window, following the decision to release Alan Julian. With Chris Day in fine form during the 2011-2 campaign, there were no signs he’d be calling it a day. So, heading into the 2012-3 season, Arnold arrived; coming with the expectation that he’d initially provide cover in the goalkeeping department.

Arnold spent two years with Wycombe Wanderers prior to his switch to Boro’. He arrived on a free transfer from Grays Athletic in January 2010; securing a one-year contract extension to take him to the end of the 2011-2 season. However, the latter part of his career was spent on loan at Hayes & Yeading United. It proved to be a valuable opportunity for the goalkeeper, who added yet more first team experience at Conference level to that gained while at Grays .

Arnold has also been on the books of Norwich City and Arsenal during his career.