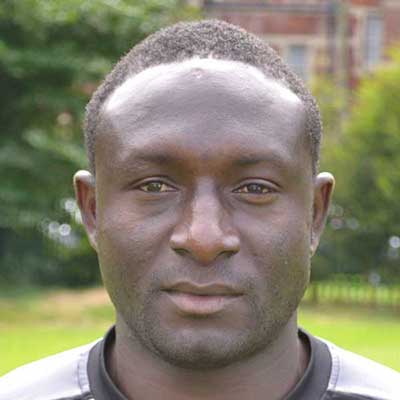 Guy Madjo was confirmed as our first signing of the 2011 close season in mid-June, ending the striker’s two-year absence from English football. Madjo arrived at the Lamex Stadium after playing in Albania with KS Bylis Ballsh and in China before that. But the striker came to us not short of English experience. A veteran (almost) of Football League and non-league, Madjo can count Shrewsbury Town, Crawley Town, Forest Green Rovers and Bristol City as his former calling points on his career path.

His arrival at Bristol City came after he scored prolifically at lowly Petersfield Town, and his goalscoring record has remained respectable since. It is undoubtedly the case that Graham Westley saw the physical front man as an individual suited to League One football heading into 2011-2. Not that we were short of striking options when Madjo arrived. During the second half of the 2010-1 season, we recruited Craig Reid, Byron Harrison and shoved Darius Charles up top. Nothing like a bit of healthy competition!

It was that competition that ultimately paved the way for Madjo to leave Boro’ so soon after joining. After a loan stint with Port Vale, the striker was allowed to move to Aldershot Town for a five-figure sum and after just one substitute appearance for us.