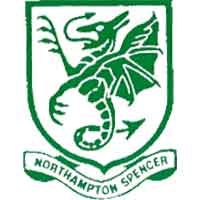 Just the one meeting in the United Counties League Knockout Cup was all we have managed against Northampton Spencer. In a weird coincidence, the Millers were a United Counties League Premier Division side for the 1980-1 season. But they were relegated to Division One as we came up. For the next three seasons that we played in the Premier, the Millers had to make do with Division One life. We then left the UCL at the end of the 1983-4 campaign; one term before they came back up.

After relegation back to Division One in 2012, the Millers stormed to the title at the third attempt. It secured a return to the Premier Division – but only for one season. With their chairman retiring in summer 2016, Spencer shut down.