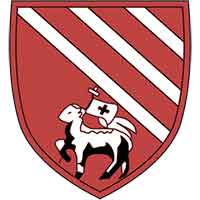 Promotion to the Blue Square Premier in 2007 was a major high point for Droylsden, even if the games against us weren’t. Life at the top level of non-league football was a struggle. So, it was no real surprise when the Bloods went straight back down. But it did go down to the wire at the end of the 2007-8 season. After several good attempts to get back up, the 2013-4 campaign was a disaster and saw them relegated to the Northern Premier League.

It got worse with a second successive relegation down to Division One North. But it really doesn’t compare to the events of summer 2020. With the impact of the coronavirus taking its toll, the Bloods quit the league and all cup competitions. The club, at the time of writing, does still exist. It just won’t be competing in the 2020-1 campaign. We hope the future will be kinder to Droylsden when they return to the action.

You have three options should you be travelling to Droylsden. We’ve decided to go with the one that’s shortest in distance.

We’ve binned off the A1 and M6 options to stick with the M1, going north until you reach Junction 35A for the A616. At the roundabout, take the second exit towards Manchester and continue over two roundabouts. You’ll be on this road for around 10-and-a-half miles, before taking the first exit at the roundabout for the A628.

After another 14-or-so miles, continue onto A57; this is merely a case of staying on your current course. Then, take the third exit at the roundabout after just over a mile for the M67 towards Manchester. After nearly five miles, you’ll come to the end of the M67 and you’ll be wanting the third exit for the northbound M60 heading in the direction of Bolton.

Come off the motorway at Junction 23 for the A6140. Turn left for the A6140 and then left again for the A635, coming around past Argos and Currys/PC World.

Shortly after, turn right at the one-way system. Then it’s a left, making sure you’re on the A662 Lumb Lane. After half-a-mile, turn right for Market Street and the ground is here.

Next to the club’s main entrance on Market Street, there is a car park with space for 50 cars. It’s free – but does fill up quite quickly. If we remember correctly, there is a left turn into Greenside Lane just before you reach the ground that has a pay and display car park in. There’s also some limited street parking around the ground.

Fairfield is the nearest station to Droylsden FC and the good news is that it isn’t a huge trek. Head north on Booth Road towards Clarendon Road from the station, turning right onto Manchester Road at the top of the road. Shortly afterwards, turn left towards Westway and then right ONTO Westway. Next, turn left for Ashton Hill Lane.

This will bring you around by the Lazy Toad and onto Market Street. Turn right and keep going for a third of a mile.