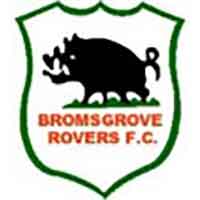 After losing their status as a Conference club in 1996, Bromsgrove Rovers didn’t really recover and the club went under in 2010. It’s strange – because the early stages of the 2009-10 Southern League Division One Midlands campaign started well enough. After going seven games unbeaten at the top of term, the first winding petition landed.

The lease on their ground was also up at the end of that season too. With the sale of Rovers still ongoing and closure threatened, the club limped to the end of the season. Meanwhile, a new club came to life and is called Bromsgrove Sporting. It was this club that got the lease to the Victoria Ground.

Yet, Rovers were still due to share the stadium. Talks with Sporting collapsed after they revealed they couldn’t pay the hire charge. Aiming to occupy the ground regardless, a court order had them removed. In August 2010, the Southern League kicked them out because they had no ground to play at. And the club never kicked a ball in anger again.