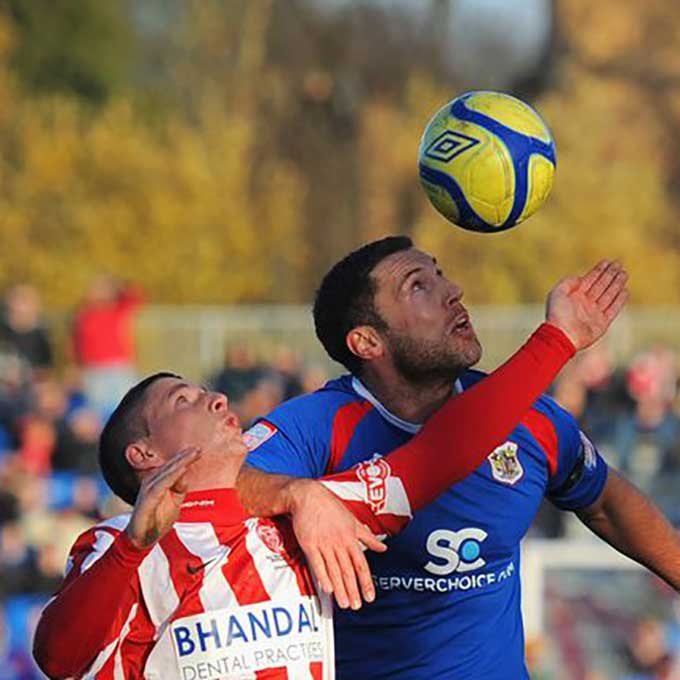 Centre halves, eh? We’ve had a few gems on our books over the years, as well as our fair share of duffs. But which of ’em rank among our best? You might think it’s a little unfair for us to try and compare different generations of central defenders. But, while British Timken Athletic attack offered something a little ‘different’ to a side like Spurs, the job our lads had to do at the back was more or less the same. And some did it a little bit better than others. More stylish. More powerful. And more unequivocal.

Not always known for their fluent passing or prolific scoring form, centre halves are those poor sods who carry the can for conceding a goal – after the ‘keeper. It don’t look good on your CV as a central defender if you’re racking up 4-0 defeat week-in, week-out. So, who comes to the surface in the water under the bridge that is our club’s history? And perhaps more importantly given your judgemental nature, why do they? Is it skill? Luck? Or even a combination of the two that’d certainly help your chances of success at Virgin Games too?

The five men we’re about to talk about can look back on their time here with pride if they want. They earned it…

5 of the Best Boro’ Centre Halves

Let’s crack on then, shall we…

So, our half-arsed education tells us that we must start our rundown at number one. And here’s number one in more ways than, er, one. As far as we know, the club hasn’t officially sanctioned the BoroGuide player numbering system. But if we ever do what the England cricket team does and have a number on a player’s shirt for the order they played for us, Jim Daintree would be in with a fair shout to get numero uno.

Admittedly, our system started off a bit egalitarian at the start. Jim is getting top billing on alphabetical order of surnames of the lads who turned out in Boro’s first senior match in 1980. Harsh on goalkeeper Martyn Thompson? Maybe – talk to our lawyers. You can’t, however, take away the fact that Jim was our first ever goalscorer in senior football. He was a core part of our 1980-1 title-winning campaign – but left halfway through the next season.

Not without making a lasting impression, of course. 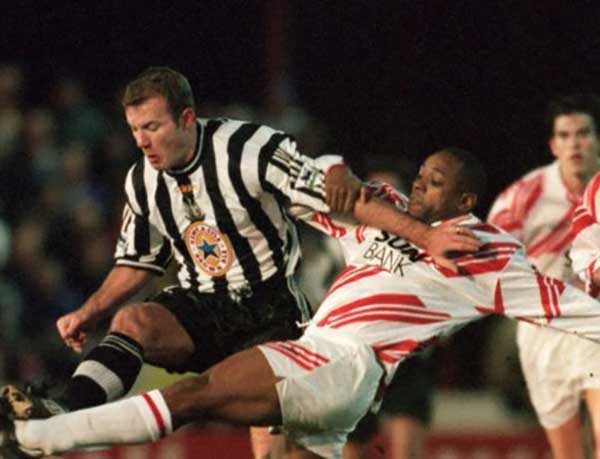 Smudger. At time of writing, the real deal Mark Smith had the largest collection of centre forwards ever kept in a single back pocket. That bright ray of light you see coming from Smudger’s back side region as he walks past you in the street is actually the sun’s rays bouncing off Alan Shearer’s bald bonce. Al’s been in that back pocket since February ’98, obviously let out at weekends to ignite Match of the Day with his passion and vibrancy.

Sorry, where were we.

Before that bright upstart Ronnie Henry rocked up at the Lamex, Smudger had become our record appearance maker; first in a spell running from 1992 until 2001, and second during a brief cameo in the 2003-4 campaign. He didn’t start out at Boro’ at the back to be fair. After all, how many centre halves score four goals on their debut? Cloughie moved Smudger from the front to the back, shored up the defence and took us up and away to our first Conference title in 1996. Easy.

You know that song that goes ‘ain’t no mountain high enough, ain’t no valley low enough”? Written in 1966, it was actually a premonition about the experience Jon Ashton has when out on a country walk. Nothing gets through him and nothing stops him getting through. Not Jermain Defoe. Not Cheick Tiote and not that Colchester lad who was utterly mugged off by a Jon Ashton Cruyff turn on Boxing Day 2011. We hear it’s even been renamed the Ashton Turn as it goes.

Despite frequent and untrue claims that Ashton is an animal, he formed a formidable duo at the core of our defence with Robbo as we catapulted up from the Conference and into League One. Between 2009 and the end of the 2014-5 campaign, he’d clocked up 200+ outings for us. If you’re a naff centre half, you’re usually binned off pretty quickly. So, why not draw your own conclusions what such a weighty number of appearances means? 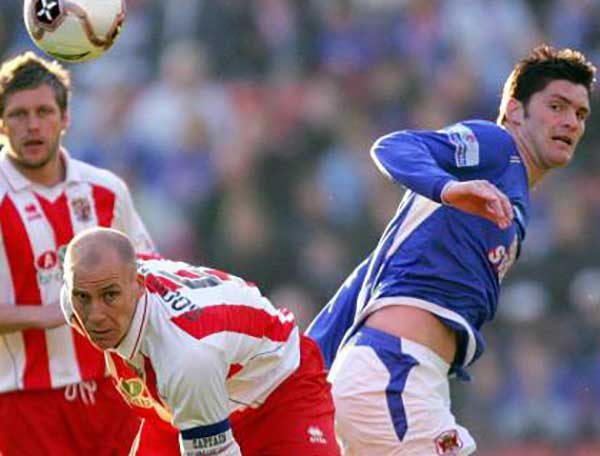 King Jase was a key figure in the Graham Westley Mk I era, although he’d arrived at the club 18 months beforehand; a summer signing in Cloughie’s second stint in charge. Not content with helping to keep ’em out at one end, Jase wasn’t too shabby at sticking them in at the other either. For a defender, 15 goals ain’t a bad return – it’s a return of around a goal every 10 starts for him, which some strikers in our time would probably trade for.

Over six years, Jase was a thorn in the side of numerous attackers. But his stay with us came to an end in January 2007; Mark Stimson preferring Santos Gaia, Mark Beard and Ronnie Henry as his defensive options. Not that it was the last we’d see of Goodliffe, you understand. In two separate spells, the defender returned to the Lamex in a coaching capacity and ensuring we got even more service out of one of our finest centre halves.

Boro’ set all sorts of club records on the way to the 1990-1 Vauxhall League Division Two North title. While most of them were down to what was happening down the other end of the pitch, it counts for nothing if you’re equally liberal at the back. Not on Noel Blackwell’s watch, though. As we roared up the pyramid during the first half of the 90s, Blackwell was a man who featured heavily in our defensive efforts.

He originally joined in 1989 from Vauxhall Motors (Luton), and went on to stay for a total of five years. By the time he’d left, we’d risen three divisions and were now mixing it up at the top of the Conference. In his time as a player, he won Players’ and Supporters’ Players titles at the club. After hanging up his boots? Well, he stayed at the club; first as a coach and then as assistant to Paul Fairclough. Even did a stint as caretaker gaffer in 1998 too.

Wait, Why Didn’t You Include…

Just before you go writing to your local MP or faxing Terry Wogan’s Points of View to vent your hysteria, we know there are centre halves who could easily feature on this list. Here’s our explanation why a few of them didn’t.

Robbo isn’t in this list because he’s on a level above all our centre-halves. The lads in this list are mere mortals when compared to the Conference-conquering, League Two playoff-winning, unbeaten caretaker-managing god among men. And we’d struggle to do a ‘5 Of The Best’ of those. Who else would we put in there? Liam George? We think not.

A titan of our 1996 Conference title-winning side, there’s no doubting that Efetobor Sodje was one of the best centre halves we’ve had. And we can’t think of a Boro’ player before him who went to a World Cup. Buuuut times change – and things move on. Mention his name these days and you’re just as likely to get someone saying “oh, one of those brothers who went to jail for taking charity cash“. Yeah, it’s a bit awkward these days.

Have a day off, will ya?

Pete H - 10 April 2020 0
In the course of a season, Easter is one of those double-header football festivals – and Good Friday is usually where the long weekend...