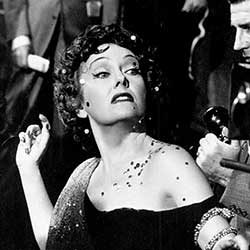 If you’ve lost five on the spin and find the idea of scoring a goal harder than inventing a perpetual motion machine, it’s not the best time to be on national telly. At least when you’re bowing out of John Stones’ Paint Trophy indoors against Dagenham and Redbridge, you can do it on the quiet – not with hundreds of Sky Sports viewers looking in and pointing at us like a zoo exhibit.

The good people at Sky HQ have decided the best way to plug their schedule gap during this international break is to cart their cameras off to the real Sid James Park. Exeter City await the arrival of the Boro’ boys and, quite frankly, this is a game that has already scared the living bayjeezus out of us. Have the fuzz on speed dial, there’s a mauling about to go down live on the box…

We do have previous when it comes to “big name” managers and jaunts down to Devon. In a spectacular piece of clusterf*ckery, Peter the Tailor oversaw TWO four-goal thrashings at the hands of Exeter back in the 2007-8 campaign. TWO! And there was – for good measure – a cameo appearance from the bright new thing of the time: the under-hit Mark Arber backpass. Glory be!

At the moment, there’s a fair chance that anyone we come up against will be sitting above us in the league table. Exeter are no exception, occupying 11th place and somewhere we can only dream of. It might still be early days this season, but the Grecians have the third best home form: five games, four goals conceded, three wins, two failed to score and a partridge in The Peartree.

In this situation, we’d expect the bookies to have the home side down as odds-on. But for a spattering of evens, you can still get 21/10 (Will Hill) on the Grecians to win. By comparison, Boro’ are a best priced 31/10 (Marathon). And ‘cos we like conceding in the second half, Draw/Exeter is almost a must at 22/5 (BetVictor). Our new loan lad is 29/20 to net, as it goes (Boylesports).

No doubt Sky Sports will be receiving a ratings boost from the Barnet and Luton areas this Sunday lunchtime – the anticipation of a sixth straight defeat for Boro’ proving too much to resist. For ourselves, it’s the first Saturday evening in sometime that we won’t be moping – but the idea of this fixture already makes our Sunday morning hangover worse. It’s Tim Lovejoy for us, then…

Pete H - 02 September 2017 0
Woo-oo-oo-ooo, can you feel the force? Yes, the real thing is back as League Two action makes itself known once more to our various...