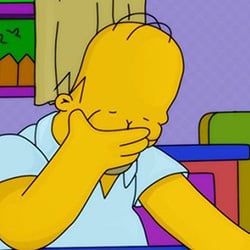 “Yes, honey – just squeeze your rage up into a bitter little ball and release it at an appropriate time… like that day I hit the referee with the whiskey bottle” – It ain’t much fun being a Boro’ fan at the moment, and the capitulation against Mansfield midweek was a thump to the soul. Where’s it going wrong? Well, where’s it – or, perhaps more apt, the club – going full stop?

Oh, just to be clear – hitting the referee with a whiskey bottle is not OK. Unless banning orders and ASBOs are your thing.

Carlisle United are next in town and it’s almost a carbon copy of Tuesday evening. The Cumbrians are sitting in roughly the same position as the Stags in the table, both with 16 points and with the one defeat in the last seven. Oh, and they’ve lost as many this whole season so far as we’ve done in the last WEEK. No, the last SEVEN DAYS. No, wait, WEEK was right. Sorry!

You know, if results go the wrong way this weekend, we could be sitting in the bottom two and giving Luton and Barnet fans plenty of opportunity to laugh themselves into an early grave. Look at our home form and there’s nothing to get excited – or deeply concerned about – but we didn’t say there wasn’t anything to be concerned about. Two wins, two defeats – not great.

Carlisle come to us with a legion of London-based fans likely to swell the attendance above 2500, because we’re just not sure home supporters will turn out in that number. Form-wise, our guests have scored nine on the road this term and that’d place them second if the table was decided on such matters. Yet, curiously, this is a team with the WORST defence in League Two.

If there’s any hope, it’s that Carlisle’s ‘keeper is picking the ball out of his net nearly twice a game. Call us cynics, but you can draw some forlorn conclusions on Saturday night if there’s a big fat egg in our Goals For box in this one. It ain’t Easter, there ain’t no bunny running around looking for these things – eggs out, the ones and twos in, drop some beats, sort it out etc.

The first eleven this weekend? Well, we’d probably make five changes at least – giving the heave-ho to the lads with Access All Areas to the starting line-up and fumbling around the jumble box for nifty alternatives: Chris Day, Fraser Franks, Dean Wells – found three already there. Oh, and pray to whichever god will get Dean Parrett and Conor Ogilvie up to fitness in time.

You can get 31/20 at Bet365 on the home win, which gives you an idea of how tortured the bookies’ souls are in trying to map this one out. Our humble guests are 2s in a couple of places, on the flip side. We’re both shipping goals, so 31/40 at BetVictor for Both Teams To Score seems reasonable enough, while Boro’ HT/Carlisle FT is a tempting 33/1 if you can bear it.

We’re a fifth of the way into the season and we’re already scrapping around to find two teams worse than us in the division. It ain’t right, it ain’t reassuring and it certainly ain’t Stevenage. Let’s just hope that a sense of identity has been knocking around the training ground this week and that no-one tries to hit the ref with a half-drunk Johnnie Walker bottle in desperate anger.

Coronavirus: The 2019-20 Season And What Happens Next

League Two Relegation: Where Are They Now?