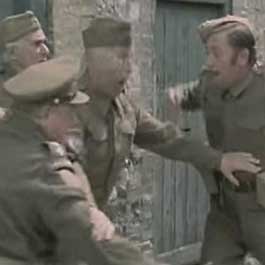 “We’re gonna fight ’em off; a Devon nation army couldn’t hold us back“: It feels like a fair while since we last turned out on our own patch, but here we are – preparing to roll out the red carpet for the visit of the hardy Janners. League Two football is back at the Lamex for the first time since Boro’ saw off Hartlepool United two weeks ago. And now another high-flyer is coming to town.

Unlike Ronnie Moore’s lot, Plymouth Argyle have kept up their strong start to the campaign going past the third game and have won four of their five league outings so far. If you must insist on bringing the Paint Pot Trophy into the deal, the Pilgrims boast a decent enough record on the road this term too – three wins from three games if you were asking, scoring at least twice in each.

Here’s what the gaffer said:

They have got maximum points from all their away games, but it is a fixture that we shouldn’t be frightened of…

Yep, so it’s tougher to win games on your travels? But, come on, Plymouth have won two of their three away games down at AFC Wimbledon – hardly David doing for Goliath what Netflix did for video rental, is it? We’re now unbeaten in two ourselves and we have no convincing reason to think this one’s beyond us – but we’ll have to step it up a notch if last week is anything to go by.

OK, so a draw at Dagenham ain’t the worst thing that could happen to us this season. We were, however, maybe too generous in the time and space we gave them. It’s almost certain we’ll sport a brand new centre-midfield pairing this week, and hopefully we can take the initiative from the first T in “the referee blows his whistle and we’re underway here at the Lamex Stadium”.

The bookies are leaning towards a Pilgrims win at the moment, with our guests best priced at 13/8. Bet365 are offering 19/5 on us to complete the job, with 12/5 out there as the top price on a draw. We like the sound of Both Teams To Score with BetVictor at 20/21, with Jack Jebb down at sevens (Paddy Power) to mark his return with a goal – spectacular or simple, we don’t mind…

It’s our first match of September and, funnily enough, the last time we started a calendar month with three points was last term. In March. At home. Against Plymouth. Oh this funny ol’ game, it won’t ‘arf keep us chortling through the bitter drizzle and dark of autumn. Unless we lose… in which case we’ll be weeping gently as Green Day’s dulcet September-thingy song plays on repeat.

“And the stains comin’ from their blood tell them: Go back home“
BoroGuide’s Plymouth Argyle club profile melts in the mouth, not in your hands