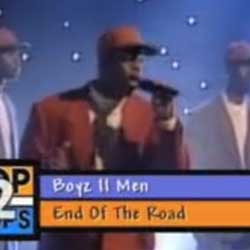 The little whisperers that can often be heard in footballing circles have, it seems, turned their attention to our humble abode. If Sky Sports sources are to be believed, Stevenage Football Club are being allowed to talk to an employee of West Ham United Football Club. Does that mean it’s the end of the road for an employee already on our books?

Lord Eddard of House Sheringham (for it is he) is being lined up for a management vacancy that, officially, doesn’t exist at Boro’ just yet. From what we know, there are few certainties at play here – but it looks increasingly likely that we’re witnessing the drawn out end of an era.

End of the road for Graham Westley?

Apart from what our current Warden of the North Herts, Lord Graham of House Westley said in recent days on the wireless and in the paper, there has been a loud, disconcerting silence; no clear idea of what lies ahead with regards to who will be leading the team. In these modern footballing times, few things stay secret for too long. Questions get asked and sources get quoted; tweets get tweeted and then deleted… you know the score.

After all, remember how Martin Jol’s sacking as Spurs manager emerged during a UEFA Cup match? The flow of information can’t always remain under control. At the moment, all we have to go on is conjecture and rumour. We don’t know exactly what’s going on behind the shuttered blinds and closed doors. And there’s rarely smoke without fire; although thunder doesn’t only happen when it rains, if you’re listening over there The Corrs?

You could’ve probably made a convincing case for changing the management after dropping out of League One. Or even before, when relegation was looking more and more likely. It is tough, however, to make that case two weeks after taking a valiant punt at the League Two playoffs. The foundations are in place for a serious crack at automatic promotion next term. But that’s a project that’s only half-complete.

We can only imagine how risky it’d be to replace the lead architect on a skyscraper project when you’ve only got halfway up towards the clouds.With risks, however, can come reward. If we’re going through with this, it could prove to be a masterstroke. Then again, it could also prove to be a disasterstroke. You can only truly judge the success or failure of a manager using hindsight. GW, as it goes, has been a huge success.

If GW does depart, the club won’t suddenly collapse and the fans won’t stop coming. But the very fact we’re still saying “if” when we perhaps already reckon it’s a case of “when” makes it an uncomfortable for pretty much everyone involved. Whatever happens, thank you Graham.

Should he stay or should he go? Darlin’, you’ve got to let us know…

Everything Changes But You

MarkHollis - 10 July 2012 2
I’ve been watching Stevenage on and off for my entire life. Back in the days of Martin Gittings et al, my dad used to...