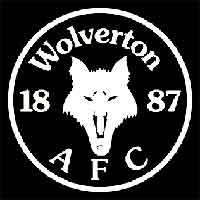 Wolverton Town aren’t one of our bogey teams, that’s for sure; Boro’ coming out on top in all but one of our 10 meetings. And that ‘dud’ was, in fact, a 2-2 draw during our first-ever season in the Isthmian League. The Wolves first played us in the United Counties League; departing in 1982 for the London Spartan League Senior Division and then in 1983 for the Athenian League. But we were reunited once again for that 1984-5 campaign.

After promotion into Division One one year after us, we both had a 1987-8 to forget. For us, the Wolves were the side that made us look good. Both of us were relegated; them as the bottom club with a goal difference of -101. They left the Isthmian League that summer – but we don’t know to where. All we do know is that it seems as if they lasted until 1992. A new club formed in 2004. It looks, however, to have gone the same way as the old.

A couple of quick facts about Wolverton Town before we go. Well, “facts” from Wikipedia. It’s thought that Wolverton Park (their old home ground) was home to the oldest football stand in the UK until 2007. It’s all now part of a housing scheme, however. And, with the club’s series of name changes over the years, they once laid claim to the longest name in English football. How about trying to read Newport Pagnell & Wolverton London & North Western Railway Amalgamated Association Football Club on the classified results…