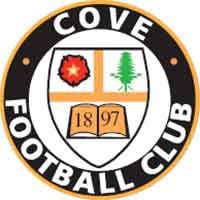 Our Diadora League Cup tie in August 1991 remains the one and only time to date that Boro’ and Cove have met each other. We eased to a 3-0 win in that August 1991 clash; the Wasps at that time playing in the bottom tier of the league structure. Five years on, however, the Hampshire club rejoined the Combined Counties League.

You need to get around the counter-clockwise M25 for this one, heading south on the M3. After 12 miles on the M3, come off at Junction 4 for the A331 Guildford, Farnborough and Aldershot exit. You’ll almost come back on yourself on the ramp, before taking the second exit at the roundabout for the Farnborough-bound A331

It’s only 0.4 miles until the next step, exiting the A331 for the A325 and taking the bridge over the carriageway past McDonald’s. At the roundabout, take the first exit for the A325 before turning right into Prospect Avenue.

At the next roundabout, you’d turn right for Farnborough. But, for Cove FC you are going left. The next roundabout sees you taking the second exit for West Heath Road, followed by a right turn onto Romayne Close and a left onto Squirrel Lane.

There is a small car park at the ground, otherwise it’s street parking for you.

Exit the station onto Union Street and turn right, following the road around to the right. Next, turn right onto Prospect Road to cross the railway. Turn left at West Heath Road, before making a right onto Romayne Close and a left onto Squirrel Lane.