You know us. We’re no stranger to being cynical about the beautiful game. But we know it’s not all bad. In fact, football can be quite the force for good. Us lot at Boro’ don’t need to go far to see that in action either. Not for the first time, Stevenage Supporters Association FC have banged heads and pulled strings to stage yet another brilliant Mitchell Cole Memorial Tournament – raising money towards the vital work of Cardiomyopathy UK.

What started as an event to celebrate the life of ex-Boro’ star Mitchell Cole and to raise awareness of the heart condition that affected him has now become almost an annual institution. Now into an amazing sixth year, the 2018 edition on Saturday 12 May saw Stevenage take on a Cole XI and the Cambridge, London Carlisle and MK Dons fans teams, as well as a BoroGuide representative side. More importantly, it set a new fundraising record.

“It’s Just Getting Bigger Every Year” 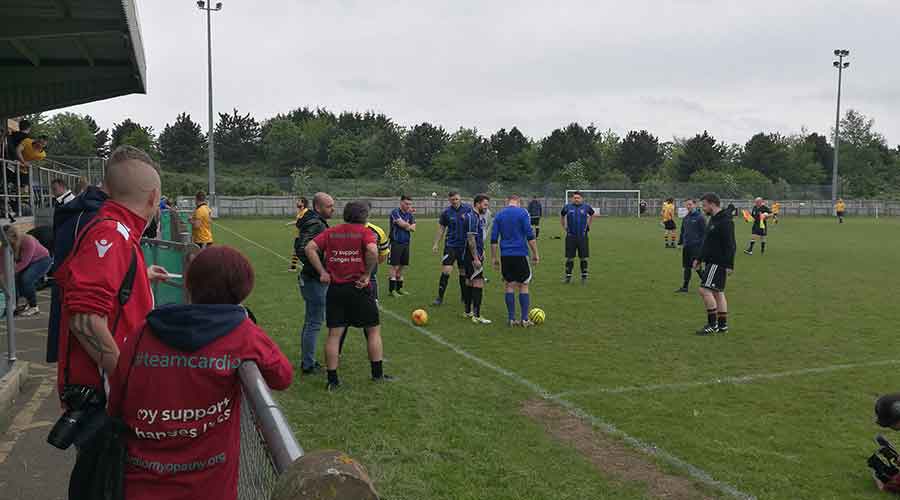 As you well know by now, Keith Bell has been the driving force behind the Mitchell Cole Memorial Tournament since day one. And there seems to be no sign of it slowing down either:  “It’s just getting bigger every year,” he says. “It’s started to become known a lot more and it helps to raise awareness of cardiomyopathy. I’m proud to have been doing it for this long!”

“This year’s tournament was a great success,” explains Keith. “The amount raised beat last year’s total, which was hard to beat. It’s a credit to everyone involved; they all deserve heaps of praise. I think we’ve now hit over £10,000, which is a fantastic sum. Cardiomyopathy UK have been fantastic with what we do and have attended the event the last few years. Their support is great, and they appreciate the efforts from all involved.”

Now, some of us struggle to get out the house in the morning without having – let’s say – a moment. How you go about organising a fully-fledged tournament, we’ll never know. But Keith does; from gathering raffle prizes to inviting teams and organising the venue, which this year was kindly laid on by Arlesey Town. It’s hard to get your head around how much goes into it, not least when you rock up on the day for your annual 20 minutes.”

“It takes a massive effort, both on and off the field. I start planning around six months in advance to get the ball rolling and organise a date. It takes a lot of time and I’m lucky to have some fantastic people helping me with the off-field part. On the field, it’s not easy to get five other teams and officials sorted. Would I change it? Not one bit. When I see people enjoying the day, it really does make that time and energy worthwhile.” 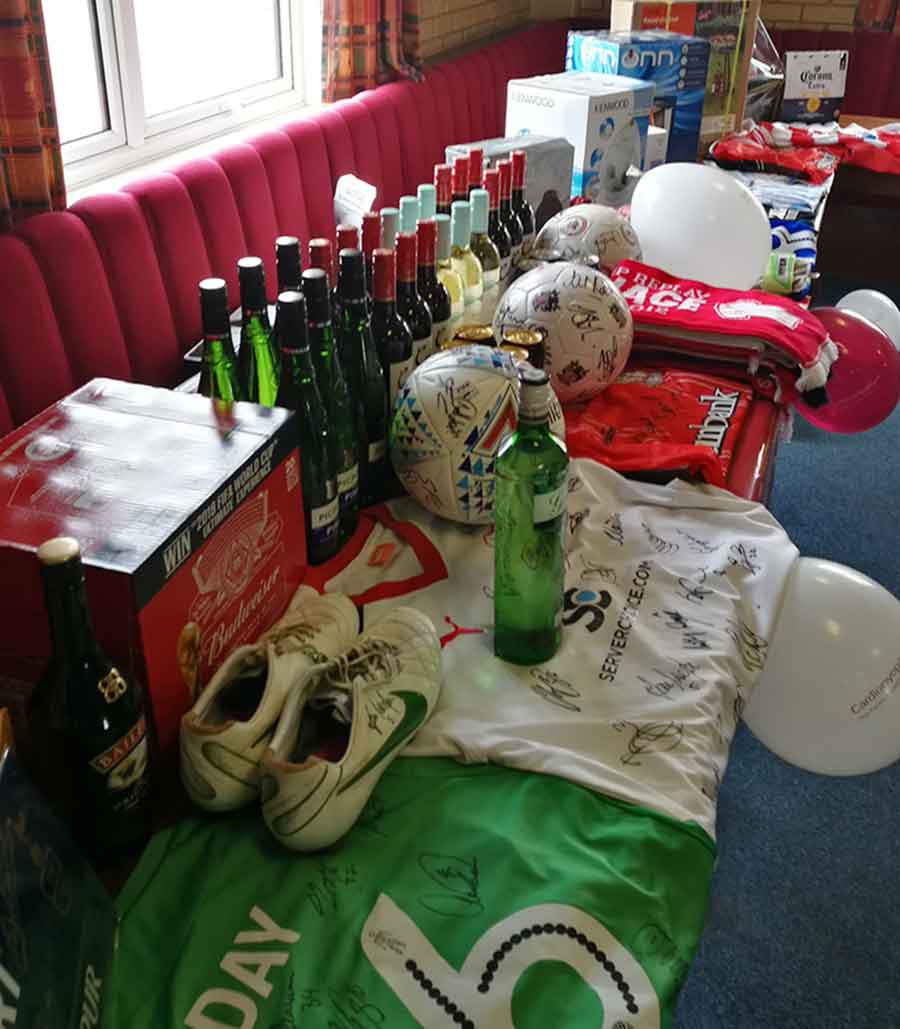 Given the nature of fans’ football, it can no doubt be tough to cajole 75+ lads and lasses to reach for their boots once the season is over. Not least if there’s no game after. But, the Mitchell Cole Memorial Tournament has always pulled in the teams. Sure, the names and faces differ from tournament to tournament, but there’s always enough teams to make up the day. And Keith puts that all down to the cause they’re playing for.

“We’ve had a number of sides come up and enjoy the day, so it always gets a good reaction. They understand the day and the great cause we do it for, so that’s why teams want to come back each year.”

Keith is also quick to highlight the support of Arlesey Town in helping with the event, as well as Boro’ themselves.

“[Boro’] have started to support it a lot more in terms of promoting the day. Chris [Day] has sorted me some awesome prizes over the year, and we’ve had Darren [Sarll] and Dino [Maamria] come along too.

“Arlesey Town have been nothing short of superb towards myself and the event. We’ve had it there for five years now; they provide us with a wonderful venue and facilities for free to help with what we’re doing. They came to the rescue when I was struggling to find somewhere to host the tournament, and I’ve been massively grateful to them since. Without their support, it wouldn’t have been as successful.”

The Future of the Mitchell Cole Tournament?

Keith is showing no signs of slowing up. Fresh from breaking the tournament fundraising record, there’s no reason why we won’t be toasting the success of a seventh Mitchell Cole Memorial Tournament next year. And an eighth after that. And then, well, let’s not get too far ahead of ourselves. But, there’s a definite indication on Keith’s part that the event is still growing; keeping Mitchell’s memory alive and supporting Cardiomyopathy UK’s work.

“We’re hoping for bigger and better things,” reveals Keith. “We’ve started to make it a family day for everyone; to get the kids involved and to make it a special day for all. And, of course, to remember a fantastic player.”