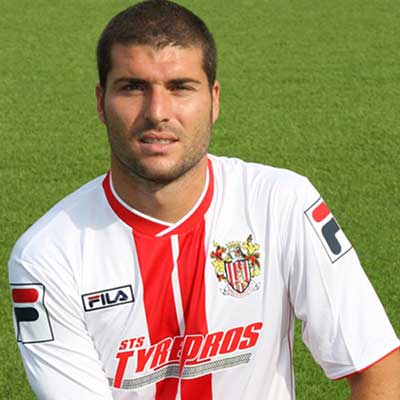 With goals not free-flowing at the start of the 2012-3 season, boss Gary Smith moved to secure extra striking options as the summer 2012 transfer window drew to its close. One of those brought in on a one-year deal with an option to extend the contract was Spanish marksman Dani Lopez.

It followed a successful trial for the 26-year-old Lopez; the striker opting to leave his native Spain for a new challenge in the UK. And the striker certainly came with a fair deal of promise after a career that started at Atletico Madrid and included Espanyol and Getafe too. Could he crack it in the red and white of Boro’?

With La Liga experience under his belt, we were hopeful that Lopez would become a huge hit in English football and have no troubles finding the back of the net. If he could replicate the success of former Atletico colleague Fernando Torres, it would’ve been to Boro’s huge advantage. The trouble is – he never really got much of a chance. And the chances he did get weren’t taken.

Mind you, there’ll always be the famous 4-0 win at home to Sheffield United. We weren’t finding life easy up to that point. But Lopez was thrust into the team. This was a chance he did take; the striker netting quite an impressive hattrick. Happy days!