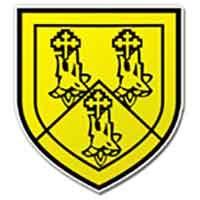 This incarnation of the Linnets was a side we never met in a competitive fixture before the High Court wound the club up in 2009. King’s Lynn had been long time Southern League members, which meant they’d seen action against both Town and Athletic over their 100+ years in existence. We chose the Isthmian after the United Counties League back in 1984, however. And that meant didn’t follow the same path. We did play the Linnets in a friendly ahead of the 2003-4 season, though,

A new club formed to take their place called Kings Lynn Town. The 2020-1 campaign will see the new Linnets compete in the National League for the first time; reward for a really successful 2019-20 campaign, even though it was cut short by the coronavirus.